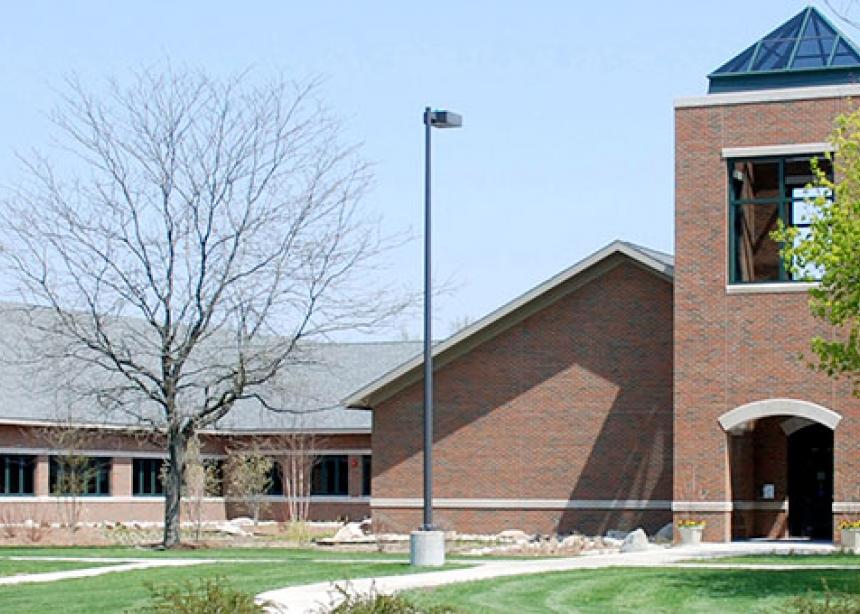 Maclean’s magazine sits on the library shelf at the Mennonite seminary in Elkhart, Ind., but there are few Canadians there to read it.

Officially, Anabaptist Mennonite Biblical Seminary (AMBS) is a binational school, serving Mennonite Church U.S.A. and MC Canada, but this year there are only six people from north of the border among the school’s 101 students. That’s down from 18 Canadian students a decade ago, when the seminary had 191 students in total.

Several factors contribute to declining Canadian numbers. According to Allan Rudy-Froese—one of two Canadian professors at AMBS (the other is Andy Brubacher Kaethler)—those factors include a more complex visa application process since 9/11 and the cost. Tuition for a year is $12,500, which is cheap by American standards—Goshen College just down the road is more than double the cost—but not compared to Canadian schools that receive government funding of various forms.

He also points to a growing gap between Mennonites on either side of the border. “AMBS is no longer seen as [MC] Canada’s seminary,” he says, lamenting the decline in cross-border connections.

While few Canadians enrol as students at AMBS, Rudy-Froese says significant numbers do participate in Pastor’s Week, webinars and pastoral distance education. According to the school, 241 Canadians have participated in these sorts of programs since 2004.

Does the decline in Canadian enrolment at AMBS and the gradually widening gap between Mennonites in the U.S. and Canada mean that it is time for an MC Canada seminary on this side of the border?

“There are no formal conversations at this time,” Metzger says regarding such an option.

Meanwhile, AMBS registrar Scott Janzen says, “There is a real resolve to find a way to attract more Canadian students to AMBS.” The school even accepts Canadian money at par with the U.S. dollar for tuition payments.

“We here are all mourning [the declining Canadian enrolment],” Janzen says, “because we believe in the importance of being a binational seminary.” 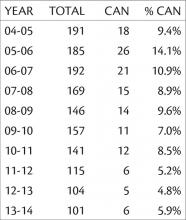