High school grad honoured for her service to community, publishes her first book of poetry. 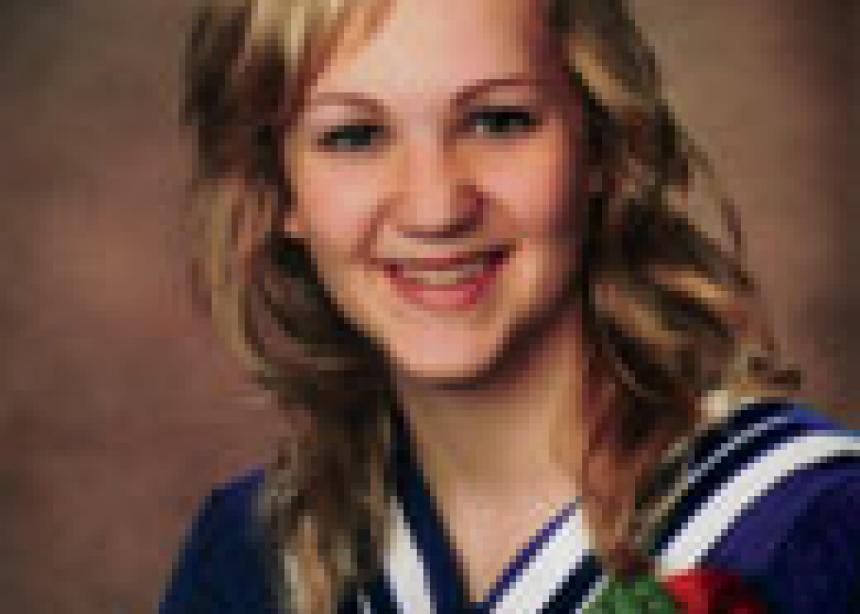 Senior year in high school is generally busy, but Sarah Ens managed to pack more activities and achievements into Grade 12 than many do in a lifetime, combining academic excellence while pursuing her passions for social justice, writing and volunteerism.

In February, Ens was one of 30 Canadian high school students who received the Loran Award from the Canadian Merit Scholarship Foundation worth $75,000 over four years of undergraduate study. This award is based on the criteria of “character, leadership and community service both within the school and out in the community,” with an 85 percent average as the minimum academic requirement.

In April, she was awarded the YWCA’s Women of Distinction Prairie Award of Promise at a gala banquet in Winnipeg. This awards program honours Manitoba women who have made a unique and exemplary contribution to the development of others in the community.

Behind these awards is a young woman who is surprised, grateful and excited about this recognition. “I remember going to the interviews [for the awards] and thinking that everyone else was so awesome and that there was no way I would get it,” she says. “So sometimes I ask myself, ‘What is it that they saw in me?’ ”

Ens, who attends Bethel Mennonite Church, Winnipeg, graduated from Landmark Collegiate, Man., a half-hour east of Winnipeg, in June. She was president of the student council and the Inter-Scholastic Christian Fellowship Group, and editor of the school yearbook. She played an active role in an anti-bullying program, developing and giving presentations to foster tolerance among her fellow students, and she started an Eco Club in an effort to eliminate the use of Styrofoam and plastic materials at the school. She led junior high band classes, had major roles in school musicals, and scored 100 percent on the Manitoba Grade 12 English Language Arts Standards Test.

“I think I was lucky growing up in a really small school, in that I was able to be involved in whatever I wanted,” Ens says of her school experience. “I think sometimes it’s easier to take charge when there are only 30 other people in your class. Because of this I was a leader in a lot of aspects of our school.”

In addition to this, she has had several stories and poems published in different magazines and contests. Last December, she self-published a book of her poetry.

While her last year of high school was very difficult and busy, that didn’t stand in the way of volunteering outside of class.

“I’ve gone on two DOOR [Discovering Opportunities for Outreach and Reflection] trips with two different youth groups to Denver and Chicago, worked at Camps with Meaning for two summers and participated in various trips to soup kitchens and drop-in centres with friends or youth groups,” she says.

But of all the highlights, there was one that tied it all together. In June, she was baptized at Bethel Mennonite.

“I can’t separate my faith from who I am,” she says. “For awhile I had been sort of waiting for this moment when everything would make sense and all my questions and doubts would fall away. Eventually, I realized that that wasn’t ever going to happen, that I would never understand everything and always would have questions. But suddenly it was important to me to make a public commitment to keep trying to chase after understanding and grow in faith and make God an integral part of my life.”

Although Ens knew she would be studying creative writing at the University of British Columbia (UBC) for the next several years, she wanted to have roots somewhere and be able to “branch out from this important choice.”

“My faith has a lot to do with my writing,” she says. “All my confusion, anger, wonder, questions, love, hope, doubts, sadness, joy, gets expressed in my writing. I can’t separate who I am from my writing, and I can’t separate my faith from who I am. When I’m feeling very bitter with God, that shows up in my stories, and when I’m marvelling at God’s goodness, that comes out as a poem.”

Far away from home and adjusting to life on a busy campus, Ens says, “I feel pretty distant from the Christian community, especially the Mennonite community.” But she is looking forward to finding ways of living out her faith by pursuing her passion for writing and serving in her new community. 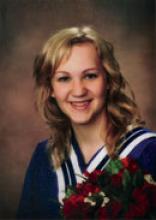