"Thieves in the Temple: The Christian Church and the Selling of the American Soul", by G. Jeffrey MacDonald, argues that faith "has become a consumer commodity in America." 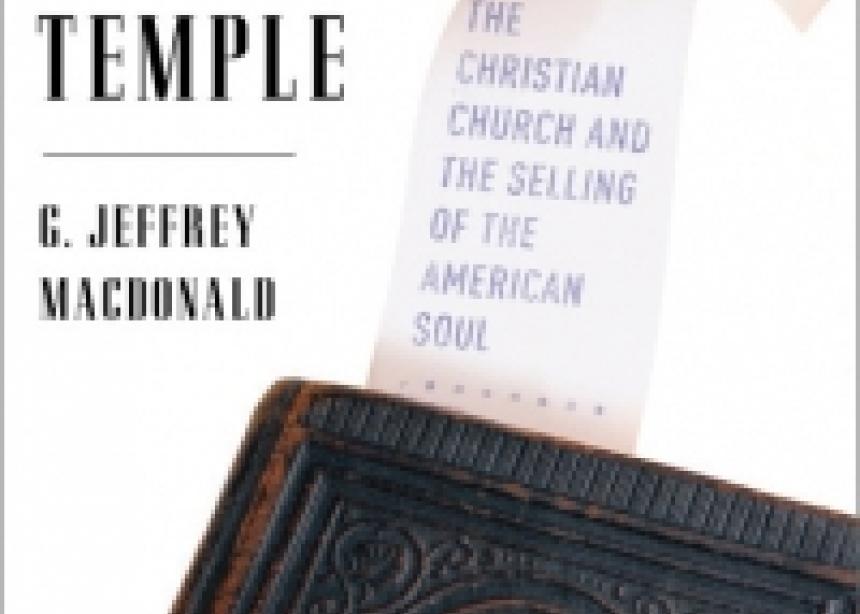 In a culture that places a high premium on the consumer marketplace, U.S. churches have become too willing to embrace a "market mentality" in trying to attract followers, says a new book by a journalist who is an ordained minister.

"Thieves in the Temple: The Christian Church and the Selling of the American Soul", by G. Jeffrey MacDonald, argues that faith "has become a consumer commodity in America".

This, he says, is a grievous mistake, because the Church is not a business. "Unlike commercial enterprises that sell widgets or life insurance, the Church doesn't exist to satisfy the wants of customers," MacDonald writes in the book, which focuses on U.S. Protestant congregations.

Still, a market mentality prevails in the United States. "People shop for congregations that make them feel comfortable rather than spiritually challenged," writes MacDonald, a minister of the United Church of Christ.

"They steer clear of formal commitments to Christian communities. They flee when they are not quickly gratified or when they encounter interpersonal problems," he writes. "Changing churches has become as routine as changing jobs. As a result, churches are no longer able to help people develop solid moral characters."

Churches "need to be engaging people on the level of the heart - that is, to elevate and transform desires", MacDonald told ENInews. "This can happen in a market-driven environment if churchgoers learn to ask for something higher than to have their primitive desires satisfied."

MacDonald cites the Community Church of Joy in Phoenix, Arizona, which, a decade ago, was rapidly expanding, with some 12 000 members.

But, MacDonald recounts, the church's senior pastor, Walt Kallestad, became worried that church members "seemed oblivious" to growing social problems in the Phoenix area and were content with a church seen "as a place for fun, upbeat relief from the daily grind".

When Kallestad concluded the church members "didn't really want to engage with God", he cut "frills" such as "group trips to favourite restaurants, square-dancing classes, and card-playing evenings that had nothing to do with Christianity".

Rebellion ensued, MacDonald reports. The church lost about a third of its membership, and half of the congregation's staff resigned.

"Members who remained were expected to practise regular devotions, tithe to charities, and serve alongside poor neighbours," said MacDonald, whose reporting appears in the Christian Science Monitor and through Religion News Service.

MacDonald said he had been asked at book talks if the institutional church is beyond hope.

"I say no, it's not hopeless, but it has a lot of work to do and not necessarily a lot of time."