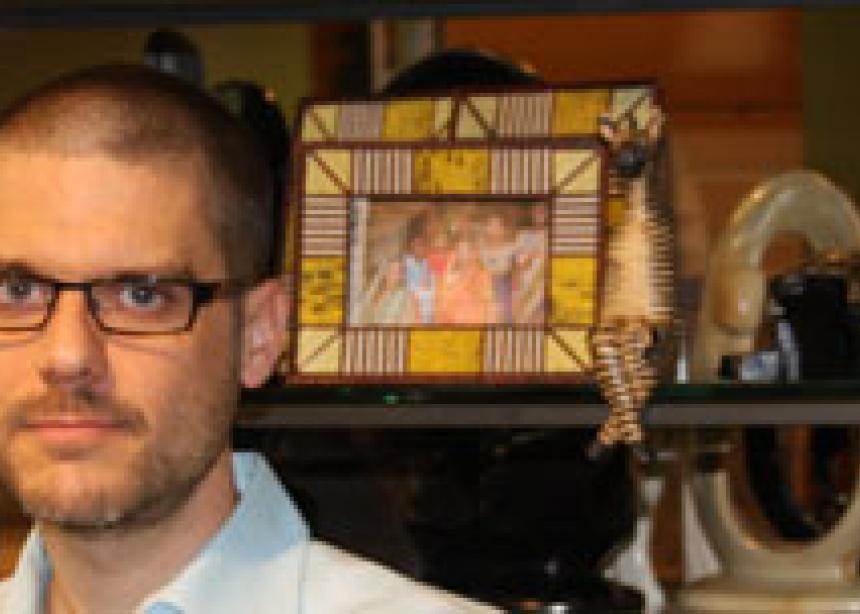 On March 18, shock waves rippled through the small community of New Hamburg, where the headquarters of Ten Thousand Villages Canada is located, and beyond, as store closures and staff lay-offs were announced.

According to Ryan Jacobs, the organization’s general manager, if TTV had not restructured aggressively now, in as little as a year the fair trade organization would cease to exist in Canada.

Jacobs said that “March 18 is the most painful day” of his career, culminating the week before when he saw the scope of the changes that were needed to bring TTV expenses in line with steadily declining income. Five years ago—2008—was the last of a number of years of double-digit growth, leading to an increase in the number of stores across the country, employees and the building of a larger warehouse in New Hamburg.

But the recent recession hit the fair trade sector hard and TTV Canada has not been profitable for a number of years, something Jacobs has tried to keep before the employees over the last two years, first as director of finance and then as general manager for the last 15 months.

After some “aggressive cost reduction” a year ago and the dismissal of a few employees, Jacobs said the first seven months of fiscal year 2012-13 looked good, but last November and December saw a 15 percent decrease in traffic and sales over 2011, leading to another year in the red.

By January, the boards of both TTV Canada and Mennonite Central Committee Canada, to whom TTV is responsible, knew that major changes would be needed. Careful analysis showed that 10 of the 26 wholly owned stores were the major source of the losses and would need to be closed. Not affected are the 19 locally owned and operated “board” stores.

TTV Canada also entered into an agreement to buy services, including artisan relationships and development, marketing and pricing from the much larger TTV U.S. Together, these moves meant a reduction of nearly half of the New Hamburg operations staff, and the commensurate savings.

On March 18, staff were made aware of the massive changes and then, department by department, were called in. Each individual was called in for an interview and offered both immediate and longer-term counselling. The 22 head office staff whose positions were being eliminated were given what TTV hopes is a generous and fair severance package based on MCC Canada’s guidelines, and were then accompanied to their desks to clear out their personal belongings and offered rides home.

While some in the community wondered about the accompaniment, Jacobs insisted that it was intended to keep those dismissed from feeling isolated or abandoned.

Counselling services have been procured so any employee from head office or the affected stores can access them 24/7 until the end of June, both for grief counselling or for career counselling/resume preparation.

A further 18 “permanent position” employees and other short-term staff at the stores lost their jobs as well.

Jacobs noted that the restructuring, while difficult, makes him hopeful that all artisan groups will continue to supply TTV with materials, fulfilling the passion and vision that TTV and its predecessors have followed for nearly 70 years. It grieves him to have had to let go people who passionately support that vision, but he said he and the boards had to think about the organization first.

No former employees agreed to an interview with Canadian Mennonite.

Stores to be closed