John Siebert and I were the first witnesses before the House to cast doubt on the proposed purchase of the F-35s. 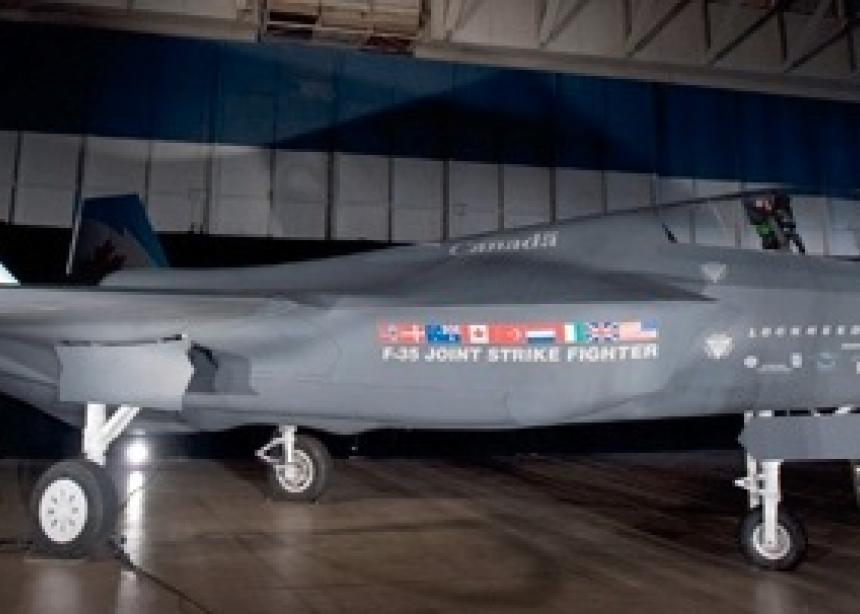 It doesn’t help a bit, but we all take satisfaction from time to time in saying, “We told you so.”

The Canadian F-35 Joint Strike Fighter story has already provided many such opportunities, with more likely on the way. The now widely acknowledged failings of the F-35 program have forced the Harper government to revisit its unrelenting support for the purchase of 65 F-35 stealth combat aircraft. There also may be questions soon about how well it did its homework before the purchase decision in July 2010.

Of course, the basic information was available much earlier. When Project Ploughshares noted problems with the F-35 program in testimony to the Standing Committee on National Defence on September 15, 2010, John Siebert and I were the first witnesses before the House to cast doubt on the proposed purchase of the F-35s.

We appeared on behalf of Project Ploughshares at the end of a long day of ringing program endorsements from senior Canadian Department of National Defence staff, aerospace industry representatives and no fewer than three Cabinet ministers.

Our submission that the program would likely cost $30-billion—almost twice the government total— was rejected at the time, but a few months later the figure was corroborated by the Parliamentary Budget Office.

Virtually none of the government figures presented to the Standing Committee that day, including estimates of program costs and contract projections for Canadian industry, are viewed as credible today.

There are renewed calls to abandon the sub program as too costly for too little benefit. Unfortunately, this too is another “we told you so” moment. At the time of the decision to acquire the Upholder (now Victoria-class) submarines in 1998, Project Ploughshares argued that the program was unnecessary and would involve far higher expenditures than claimed by the government.

In matters of military procurement, critical analysis based on available evidence can save the public purse and public reputation from costly mistakes.

It’s too late for Canada’s UK-sourced submarines. All that’s left there is to stop throwing good money after bad.

In the case of the F-35 combat aircraft, it remains to be seen if and how the government will finally extricate itself from the program.