Experiencing the Chaco through Paraguay Primeval 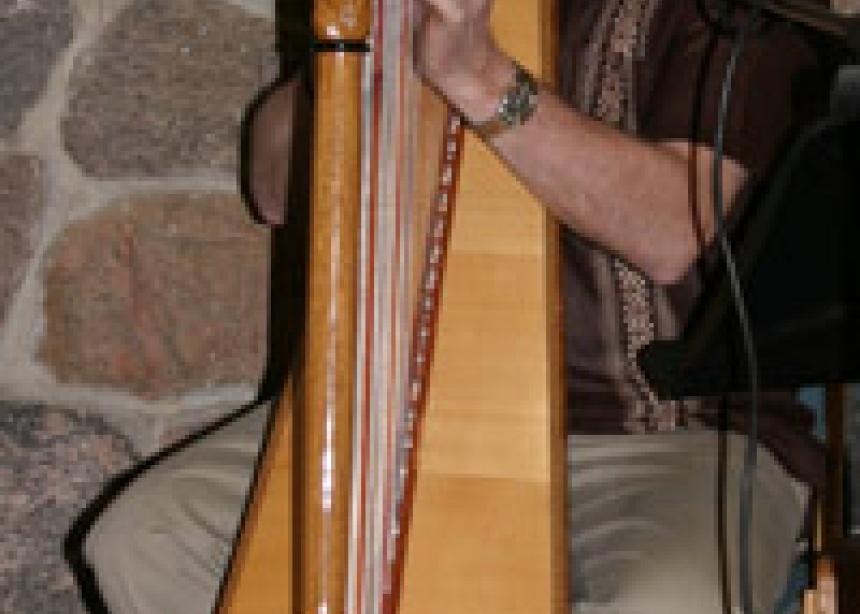 The latest project of Grebel music prof Carol Ann Weaver, Paraguay Primeval, grew out of her and her daughter Myrna Weaver’s experiences in Paraguay during and after the Mennonite World Conference assembly last summer. In particular, she was gripped by the experiences of those who settled in the Chaco in the 1920s and ’40s.

The work mainly focuses on those who made the trek from Russia. Using texts from Rudy Wiebe (The Blue Mountains of China), Dora Dueck (Under the Still Standing Sun) and from the early settlers (translated by Henry Regehr in The Schoenbrunn Chronicles), Weaver assembled a multi-media musical journey.

Following the initial soundscape, “Puerto Casado” uses Dueck’s words to follow a group fleeing the Russian Revolution. They travel from the promised land of the Ukrainian steppe into the Paraguayan wilderness, calling it a “promised land,” until they reach the Chaco. The lyric, “But the land changed,” triggers a change in the music from hopeful to desolate, as the “promised land” becomes “a waste land, a forest, nothing familiar.” Then the music and lyrics change again to “the strange beauty” and eventually “Magnificent, this Chaco sky.”

“Well Water” describes the experience of the Chaco’s heat, when even well water is “hardly drinkable.” “Uncle Hans” tells the comic/tragic story of Uncle Hans, who saves the sweet-water well by being lowered to dig out sand. But just as he is about to be drawn out, the rope breaks and he falls, eventually resulting in an amputated leg. Music and lyrics in both these songs combine languid, drawn out phrases to paint the picture of heat, thirst and need.

A reading by Henry Paetkau and Henry Regehr, who both lived in Paraguay, describes the coming of sickness among the settlers. The reading is echoed in “November 11,” which documents the deaths, one by one, of an entire Harms family, three on Nov. 11, 1930, the rest within days. The settlers arrived on June 18, 1930, but within months dysentery was claiming both young and old, leaving “an empty tent, cups still standing on the yellow table, dolls strewn around the ground.” The chorus line, “buried in a bottle tree casket,” stresses the tragedy.

In “Tango—If They’d Have Tangoed,” piano and cello, played by Ben Bolt-Martin, dance together to the passionate Argentinean music. In the program notes Weaver wrote, “Maybe these Mennonites did tango like the Latinos; we’re not sure, but here’s a tango . . . to remind them of German waltzes!”

Rudy Wiebe’s words paint the picture of a Chaco Christmas. Dust and heat, cactus trees, empty land—the exact opposite of the German folk Christmases the European Mennonites would have remembered. Then rain, lightning and wind, ending with the singing of “Leise Rieselt der Schnee” (“Softly Falls the Snow”), a familiar carol in a strange new land.

“Lengua Women,” also from Wiebe, describes aboriginal women carrying water with a yoke over their shoulders, walking tall “like stallions in spring,” while Mennonite women, carrying one pail before them, “stoop with humility.” “Elder Wiebe the younger said that humility was required,” that it was proper for women to walk stooped, contemplating “the dust from which we came, to which we return.”

Another reading, in Low German, by Regehr, Paetkau and Paul Dueck, who also played Paraguayan harp, leads to the final piece, “Chaco Spring.” Agnes Balzer, quoted in The Schoenbrunn Chronicles, states, “Springtime is at the door . . . and the whole world is a singing choir.”

Paraguay Primeval ends in accommodation, as the wilderness has become home . . . a new “promised land” has been reached.