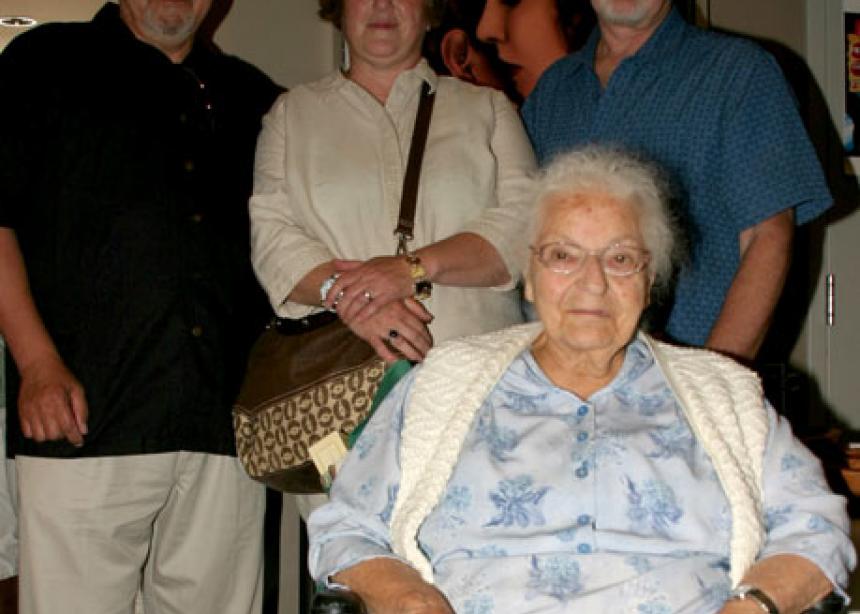 A graduate of Goshen College, Cressman went to Tanganyika (now Tanzania) aboard the Queen Mary in 1954 with the charge to set up a leprosy hospital and accommodations for patients and staff. In the 1950s leprosy was rampant in that region and there was a great social stigma attached to those with the disease.

The hospital Cressman established eventually served about 400 patients. In a 2010 MetaMedia television documentary about her return to visit Africa as an 86-year-old, Cressman reflected, “I didn’t know what I was getting into, but I really enjoyed it.”

The daughter of a Conservative Mennonite pastor, Cressman was known for her sense of adventure, courage, and for an independent nature, not always playing by the rules for a woman of her generation. Stories abound of her shooting at hippos and snakes, hiking up Mount Kilimanjaro in work shoes, and driving around Africa on a motorcycle.

Cressman stayed in East Africa for 23 years. After the local community took over the hospital, Cressman went to England for two years of midwife training. When she returned to Africa in the mid-1970s, she went to Rusinga Island in Lake Victoria in Kenya to set up a health center there. She delivered more than 1,000 babies during her time at the clinic.

Miriam Housman, who served with Cressman in Tanzania, said Cressman was a role model. “I am the woman I am because of Elsie,” she said. Cressman told her and others serving at the hospital to “Get out, learn the language, do things, and interact with people.”

Returning to Waterloo Region, Ont. in 1976, Cressman worked as a midwife until her retirement in 1998. She received the Order of Ontario medal, as the government recognized her instrumental role in midwifery. 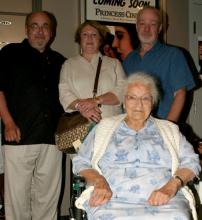 It is with great sadness that my husband & I have just heard the news of Elsie’s passing today.It was an honour & privilege to have Elsie as our midwife for the home birth of each of our 5 children between the years 1982 and 1992. I will always treasure the love & support that she gave me during those years when midwifery and home birth were ‘outside of the box’. My life would have been very different without her. She truly made a difference that mattered.

It is with sadness that I have just found out of Elsie's passing over 3 months ago. As I usually do each year, I sent her a Christmas card with pictures of our 2 sons which she delivered in 1992 and 1997. It was just a privilege to have Elsie as the midwife for our 2 son's home births. What a impact she made on our lives, and a source of enrichment.

I was checking on Shirati missionaries I knew.
Sad to hear Elsie is no longer among us!
Happy she is finally resting.