Her daughters had already begun planning a small birthday party in the nursing home for the centenarian. 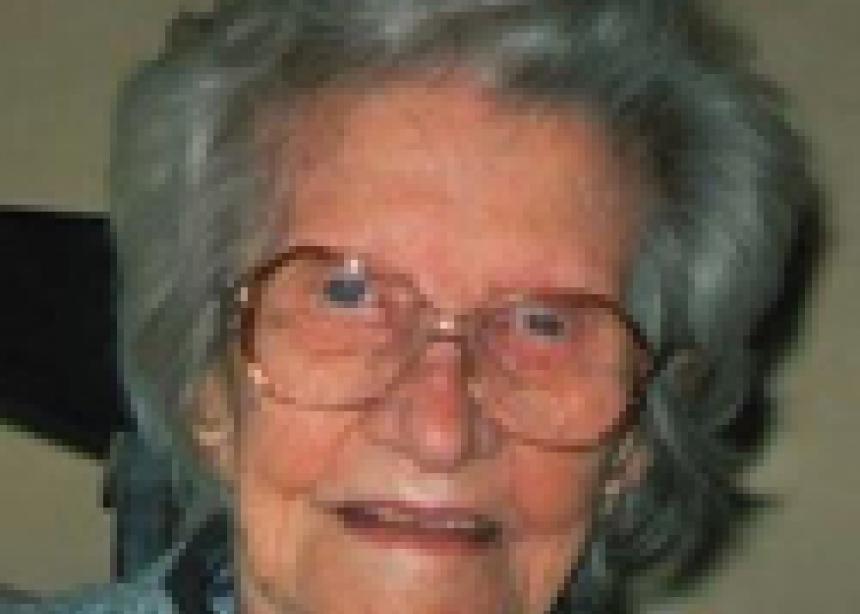 Canada's oldest living person, Winkler's Elizabeth Buhler, has died just two weeks shy of her 112th birthday. “Liese” (as she was known to family) passed away Sunday night, Jan. 23, at the Salem Home in Winkler. Her daughters had already begun planning a small birthday party in the nursing home for the centenarian.

She was born on Feb. 8, 1899, in the Mennonite village of Grigorjewka (Russian transliteration), Naumenko, in South Russia, the second youngest of 12 children. Her parents were Peter and Helena Unger

On Sept. 7, 1924, she married Isaak Buhler. They immigrated to Canada in early 1925 and settled in Manitoba where they farmed. Following Isaak's death in 1970, Liese moved to Winkler, Manitoba.

Liese inherited her father's wit and her mother's longevity. At the age of 75 she began to board mentally challenged people in her home. In the same year her children purchased a television for her. One favorite was Jane Fonda's workout/exercise show. Believing she could copy Jane Fonda, she broke her leg doing some of the complicated exercises.

Well into her 90s, she began to join the annual Winkler walk-a-thon, a tradition she carried on well beyond the age of a hundred. She quit when she complained that there were too many cameras that were following her.

Isaak and Liese had six children – five daughters and one son. Three daughters - Lena, Mary, and Justina -  survive their mother.

She was still at home with her parents in Grigorjewka when the 1917 Russian Revolution occurred. Anarchy reigned for a number of years. Anarchists like the Nestor Makhnov gang terrorized the villages of South Russia. In one raid in 1919 on Grigorjewka, the gang entered the Peter and Helena Unger home. They lined the men on one side of the Grotte Schtov (big living room), the women on the other side. They threatened to shoot the men. In the midst of all the confusion, 20 year old Liese took her guitar, walked to the middle of the room and began to sing and play folksongs and hymns. The commandant was deeply touched and ordered his men to stop their marauding. He ordered them onto their horses and out of the village.

After she turned 105, Liese speculated that God may have forgotten about her. She outlived most of her children, nieces and nephews.

Liese's native languages were Low German (Plautdietsch) and German, the latter used in the church and the former in the home. In Canada she learned English.

Liese lived in three centuries, a feat rather rare.

I visited her apartment in the nursing home in Winkler a few months ago. She looked at me and offered me her shawl so that I would be warm. She looked out of the window, and with a memory of 90 years ago, said she would bring in some snow and melt it to serve me coffee.

Before I left I sang a favorite hymn of hers, "Gott ist die Liebe" (God's essence is love). She joined me. I stumbled on the third verse. Without breaking cadence, she carried on until the end.

Liese was called "Taunte Liese" by all her extended family and the entire community where she lived. Taunte means aunt.

Funeral services will be held Saturday, Jan. 29, at 2 p.m. at the Winkler Bergthaler Mennonite Church. 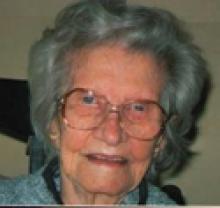