Doing worship and mission after Christendom

An interview with Alan and Eleanor Kreider 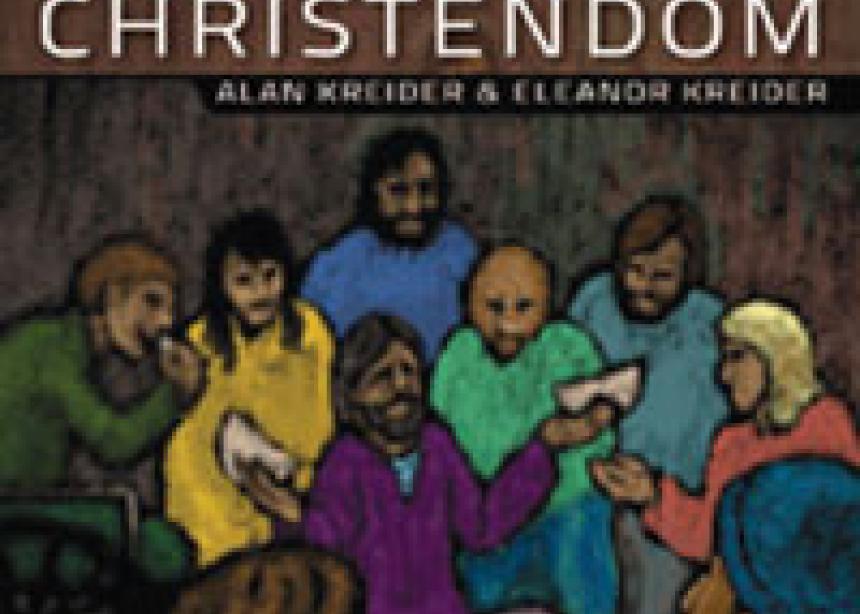 As Christendom weakens in Europe and North America, worship and mission are poised to reunite after centuries of separation. But this requires the church to rethink both “mission” and “worship.” In post-Christendom mission, God is the main actor and God calls all Christians to participate. In post-Christendom worship, the church tells and celebrates the story of God, enabling members to live in hope and attract outsiders to its many tables of hospitality. How this is actually done is the subject of Worship and Mission After Christendom, a new book from Herald Press by Alan and Eleanor Kreider, who reflect on how Christians today can worship God and reach out to others in a world where religion is marginalized and many people are unfamiliar with the Christian story.

Q: What does it mean to be living in Christendom?

Eleanor: In the Christendom world, governments support Christianity through public holidays like Christmas and Good Friday, Bibles are used in courts, or laws are enacted against shopping or selling of certain items on Sundays.

Alan: In Christendom, you learn that if you’re a Christian you get ahead in business and academics. Everyone assumes that they and other people know the Christian story, what the cross is and who the infant in the manger is.

Q: What does it mean to be post-Christendom?

Eleanor: In the post-Christendom world, many people have never heard the story of Jesus. They are unfamiliar with the Bible. They don’t know a world where you can’t shop on Sunday. Holidays celebrating religious events are empty of religious meaning.

Alan: In post-Christendom, Christians no longer run things and Christianity isn’t favoured. Belonging to a church confers no advantages. Above all, people don’t know the great story of the Bible. People may have heard about Jesus, but they don’t know what he did or said.

Q: Some people regret this change to a post-Christian world. Is it a bad thing?

Eleanor: It is good, in that we have to think about the choices we make as Christians. We choose to follow Christ and live a certain way not because it’s easy, expected or approved by government or society.

Alan: Post-Christendom is a hard time because a lot of things Christians have assumed about our “Christian” culture have to change, and that’s uncomfortable.

Q: What does this weakening of Christendom mean for the church?

Eleanor: Post-Christendom requires the church to see itself as more than a social club, or just another Sunday morning option. It forces us to define who we are and articulate [the church’s] values, both to nurture believers and to draw others in.

Alan: Christians need to constantly ask how, in our new situation, are we to express the life of Jesus? And it means doing more to live and tell the story of God, because people don’t know it. Churches that aren’t asking these questions will die.

Q: How does post-Christendom differ between the U.S. and Canada?

Alan: We are Americans, so we speak as outsiders to the Canadian situation, but it appears to us that the situation in Canada seems much closer to that in England and Europe than in the U.S. It is much more secularized and post-Christendom than in the U.S.

Eleanor: A special characteristic of life in the U.S. is “civil religion,” a melding of God and nationalism that is distinctively American. But despite that, the tendencies toward post-Christendom are strong in the U.S. Church attendance is declining, and the highest worth, or worship, is being ascribed to economic security—not to God.

Q: What does mission look like in a post-Christendom world?

Eleanor: It looks like neighbours and strangers gazing in the windows of the Christian community, longing for the invitation to join the bounteous meal spread on the generous table. Christians look out those same windows, looking for ways to serve and listening for the heartbeat of the world.

Q: What will worship look like in a post-Christendom world?

Alan: Christians will rediscover the communion table; the Eucharist will become more important.

Worship will both be at home in that culture, using its styles and expressions, but also raise questions that critique its false securities and values.

Eleanor: In worship, we offer praise and ascribe worth to God. When we encounter God by retelling the story of God’s gracious acts and by attuning ourselves to God’s character and purpose, we are changed into the image of Christ, whom we worship and follow. And that can lead outsiders to ask why we have hope, why we do the things we do. And then we will invite them to worship God with us, so they can find out.