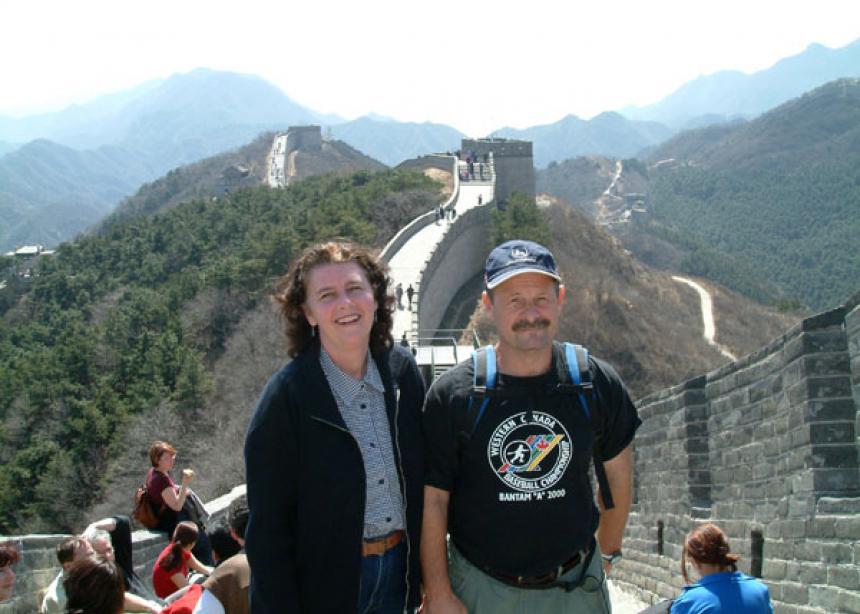 Our years working in the transportation hub of Asia afforded us opportunities for nearly 50 affordable travel experiences. Every school holiday we boarded a plane to head off to a new country or city—Rome, Singapore, Beijing, Madrid, Shanghai, Sydney, Kyoto, London, Ho Chi Min City, Kiev, Auckland and dozens more. Some vacations included service work; building houses for Habitat for Humanity in Thailand, working on a coffee plantation in Laos, teaching English in Cambodia and planting trees in Borneo. We chaperoned our high school students on annual study trips to Europe and the Middle East.

Our return to Canada marked the end of our teaching careers. Living on a pension in a less centralized location meant our travel would need to be significantly curtailed. After years of globe trotting how would we adjust? Winnipeg was a new home for us. For three decades prior to our move to Hong Kong we had lived in Steinbach, Man.

During our six years of international travelling I always tried to learn as much as I could about our new destinations and made a point of journaling about our experiences. I decided to do the same thing for Winnipeg on a blog I called “Destination Winnipeg.” I published reflections about a Winnipeg history course I took and reviews of the books I read about the city. I photographed public pieces of art and researched their creators. I wrote stories about historic buildings and streets.

I catalogued our adventures as we tried unique Winnipeg experiences. I described skating down the Red and Assiniboine Rivers and attending theatrical productions at the world-famous Fringe Festival. I did blog posts about exploring Winnipeg’s ethnic diversity during the city’s Folklorama weeks and visiting the Fort Whyte Nature Centre to learn about the First Nations people who camped and traded near Winnipeg long ago.

Responses to my blog from readers around the world made me realize Winnipeg was every bit as fascinating as the foreign destinations to which we had travelled. We didn’t need to get on a plane to see new things and have exciting experiences.

We also became church tourists. We had been to many different places of worship in the countries we had visited. Since we needed to find a new church home in Winnipeg we decided to spend a year visiting all kinds of churches. We went to churches that showed movies and had coffee shops. We attended services in art galleries and tents. Some churches had structured liturgies while others had little organization, letting the Spirit lead them.

We discovered groups that worshipped in small simple buildings and ones that met in huge stone edifices over a hundred years old. We went to Mennonite churches but visited other denominations as well. We worshipped with congregations where most people were over 80 years and others with lots of young families. At one church the electronic music consisted of love songs performed in Japanese by the owners of a neighborhood sushi restaurant. In another, a choir of professional singers and a well-known organist led us in traditional hymns. In some churches people effusively welcomed us, while in others we were left in solitude.

Visiting such a variety of churches has reminded us we don’t need to get on a plane to learn about unique faith groups, or take part in vastly different worship experiences. After a year we have only begun to discover the wealth of things Winnipeg has to offer.

My husband Dave bought a bicycle so he can explore the city in a different way. He comes home full of interesting stories. I’ve begun volunteering as an education tour guide at the Winnipeg Art Gallery and a clerk at the MCC Thrift Shop. I’m meeting people from different Mennonite churches and developing an appreciation for the culturally diverse neighborhood around the MCC store.

We are looking forward to many more adventures in Winnipeg. This last year has taught us you don’t have to get on a plane to travel to an interesting and exciting destination. You can stay right where you are. 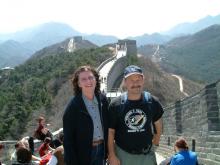 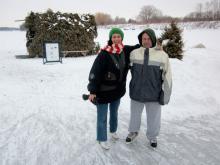