The decline and fall of a legend 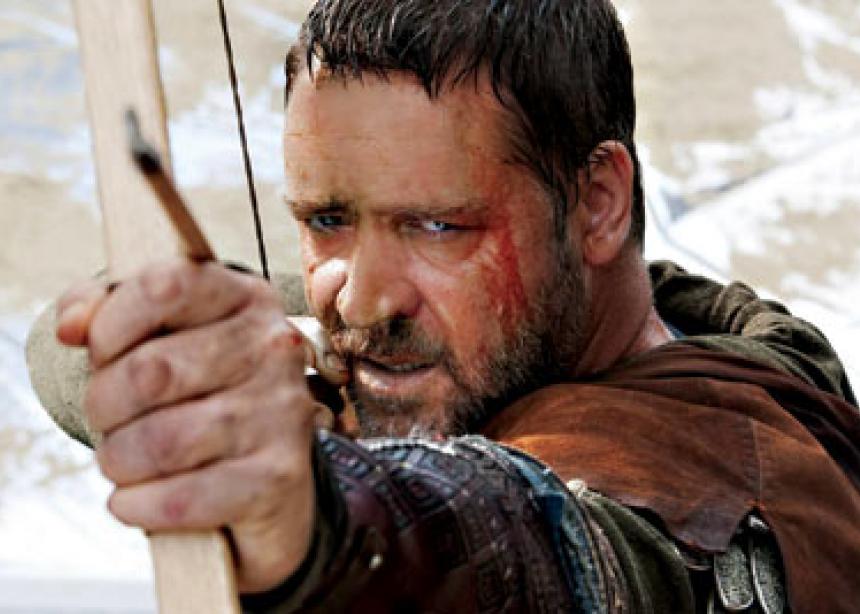 Disney’s animated Robin Hood (1973) certainly did nothing to dispel that light-hearted enactment of the legend. And while Robin and Marian (1976), starring Sean Connery and Audrey Hepburn, gave us a more serious story, it also featured the kind of light-hearted romance and witty dialogue one expects from these two characters.

Then in 1991 came Robin Hood: Prince of Thieves, with Kevin Costner as Robin and Morgan Freeman as his Muslim sidekick, Azeem. This badly acted, poorly written mess added some very dark touches to the legend—the sheriff dabbled in black magic—and the violence was suddenly much more graphic. But the sense of fun was still strong, with Alan Rickman playing the sheriff as a buffoon.

Mel Brooks’s Robin Hood: Men in Tights, which followed in 1993, did not have to work hard to turn Prince of Thieves into an absurd comedy.

It has now been more than 70 years since Errol Flynn, Basil Rathbone and Claude Rains starred in The Adventures of Robin Hood, and we could use a good 21st-century remake. Instead, we have Ridley Scott’s Robin Hood. This movie is a prequel to the legend, describing how Robin returns from the Crusades after King Richard’s death, to find his country ruled by an incompetent prince and the traitorous Godfrey, who is working for the French. Robin reluctantly steps in to save the day.

In terms of acting and directing, Robin Hood is vastly superior to Prince of Thieves, and the cinematography is outstanding. Russell Crowe excels at playing reluctant heroes and Blanchett makes a feisty, if too serious, Maid Marian. Therein lies the problem. This Robin Hood is far too serious, having largely lost the sense of fun inherent in the legend.

And while there are some entertaining scenes, especially when both Crowe and Blanchett are on screen together, this supposedly original prequel is entirely predictable and ultimately boring. We’ve seen all this before. Why bother to use the Robin Hood story at all if you’re just giving us another reluctant hero fighting for freedom?

Here is one way to understand Robin Hood’s plot: Evil Godfrey conspires with the enemy and kills Robin’s fellow soldiers; Robin shoots arrow at Godfrey, but misses; Robin is “adopted” by father-figure and falls in love with his daughter; Godfrey does more evil and eventually kills father-figure, then threatens daughter; Robin, now inspired by memories of his real father, fights Godfrey, is momentarily defeated, but then shoots a second arrow at Godfrey, which does not miss; daughter is saved; revenge is complete; audience cheers at evil villain’s demise; Robin gets daughter. The end.

I spoke with a group of Canadian Mennonite University students who had just seen Robin Hood. One of them said, “This film has nothing to do with the Robin Hood I grew up with. Where’s his passion for the poor? I hated it.” One scene in particular was deeply offensive to her. “There was this priest who was a real jerk and you could tell the filmmakers were setting him up to be killed off,” she said, “and, sure enough, they delivered in the most gruesome, gratuitous way. I guess they think this is what people want to see.”

Is that why C.S. Lewis’s light-hearted Prince Caspian and an otherwise impressive Avatar were turned into violent films? Are people so convinced that the only way to free the world from tyranny and oppression is to fight and to kill, that they long for and enjoy this endless parade of battle films? The box office receipts would suggest an affirmative answer.

If we who believe that violence is not a credible way to resolve conflicts pay to see films like Robin Hood, without also expressing our anger and disappointment, we become part of the statistical figure which shows that people want to see redemptively violent fare. This is critical, because it seems that most filmmakers lack the imagination to envision a story except for how it feeds the box office. The church needs to engage the wider culture in this discussion, for, in a continent still dominated by Christian culture, it has apparently failed to understand Jesus’ nonviolent way of transforming the powers.