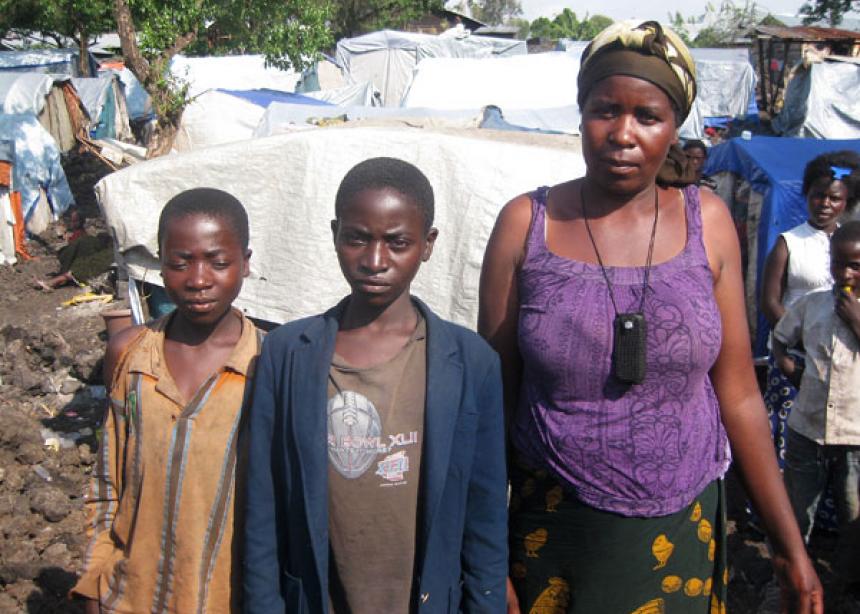 Many of the people displaced when rebel group M23 recently took control of Goma in the Democratic Republic of Congo had already been displaced a number of times earlier this year, says an MCC worker

“It’s not just this displacement,” said Michael J. Sharp, who was in Goma at the time. “These are very vulnerable people who were already displaced multiple times. People are pushed further and further away from their homes and are increasingly vulnerable.”

Sharp said M23 emptied the Kanyaruchinya camp, about six miles north of the city, of its estimated 70,000 people who had already been uprooted from their homes. Many followed the main road south toward Goma, seeking shelter in the city or continuing on the main road west of Goma to camps for internally displaced people (IDP) close to the town of Sake.

However, when M23 overtook Goma, the exodus of displaced people continued, including 345 families from North Kivu who had taken refuge at a school near Goma in the fall. MCC had provided them with basic food and household supplies. The exodus led many to Sake, only to be chased back to Goma, when M23 engaged the Congolese army in heavy fire there.

“Even though Goma was an area of fighting, once it calmed down, some people went there. People know it’s a hub for international organizations,” Sharp said.

In Goma, the Church of Christ in Congo (ECC), an umbrella organization for 16 Protestant denominations in eastern Congo and an MCC partner, is responding to the needs of as many displaced people in the city as it can. With MCC support, they plan to provide food, water, and basic household supplies to about 750 families. ECC denominations will provide spaces for the families to stay.

Already this year, MCC has contributed $128,000 of locally purchased food and material aid for ECC projects that impact displaced people. In addition, through Canadian Foodgrains Bank, MCC provided $393,087 for food, seeds and tools to support families in North and South Kivu who are hosting displaced people. 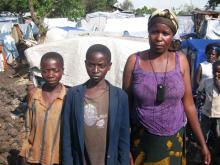