A clear statement about stuttering 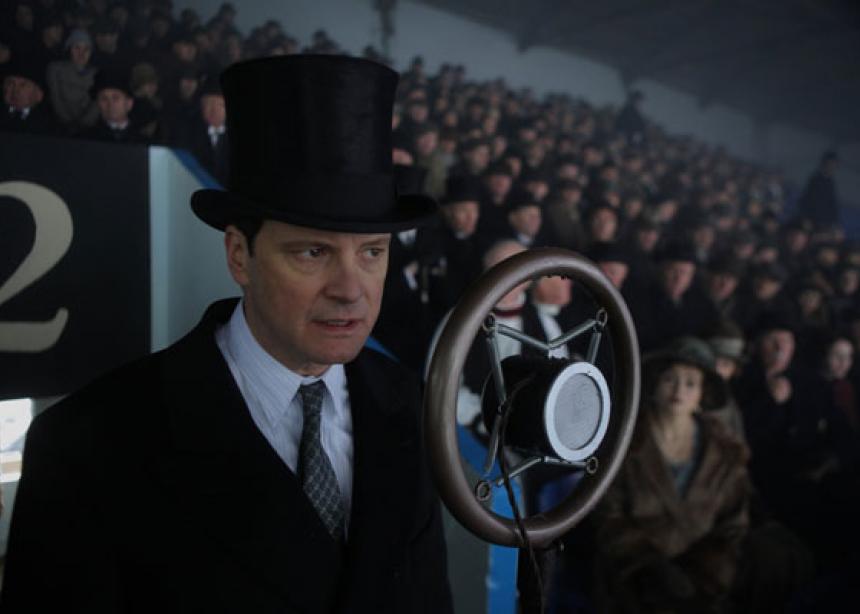 When the prince gives an especially embarrassing speech on behalf of his father, King George V, a speech comprised mostly of gulps and silence, he and his wife Elizabeth know they must take action. Elizabeth (Helena Bonham Carter) finds a speech therapist that may just do the trick. Lionel Logue (Geoffrey Rush), an eccentric has-been actor from Australia, is known for his “unorthodox and controversial” treatment of speech impediments. His odd manner and penchant for delving into the personal life of his patients pushes Albert’s royal buttons.

With his older brother shrinking from his kingly calling and another world war brewing on the horizon, Albert may be forced to overcome his speech impediment and the fear beneath. As the “king’s speech” draws nearer, it is Albert’s friendship with Logue that brings the biggest transformation in the prince, transcending the royal divide and offering him support as he has never known before.

Director Tom Hooper manages to make what could have been a formulaic story of underdog triumph into an offbeat, tender study of responsibility, courage and friendship. Although set in the stiff, proper world of British royalty, filled with symbolism and significance, The King’s Speech shows a struggle familiar to “commoners” as well, and illustrates some simple but profound truths of what it takes to overcome human fear.

The script, written by David Seidler, who overcame his own stuttering as a young man, follows a feel-good Hollywood trajectory, in which the hero finds in himself the strength to beat the odds and attain the public’s good graces. The story is reminiscent of many sports films, in that Logue acts as the wise and loyal coach pushing Albert to greatness.

In the most crucial moments of the film, it is Albert’s helplessness and utter dependence on Logue that stands out the most. For Christians, this message of dependence is a familiar, although important, one.

The respective quirks of the two main characters play off of each other beautifully, turning a movie mostly about two men talking into an enjoyable and intricate story filled with witty banter, humour and depth.

On the down side, the film resorts at times to the formulaic friendship narrative, with the token break-up/make-up plot device. The creators also could have made much more use of Bonham Carter’s eccentric talents, giving her character more dimensions than the devoted wife role offers. On the whole, though, these flaws are as forgivable as a few stuttered words uttered by a reluctant king.