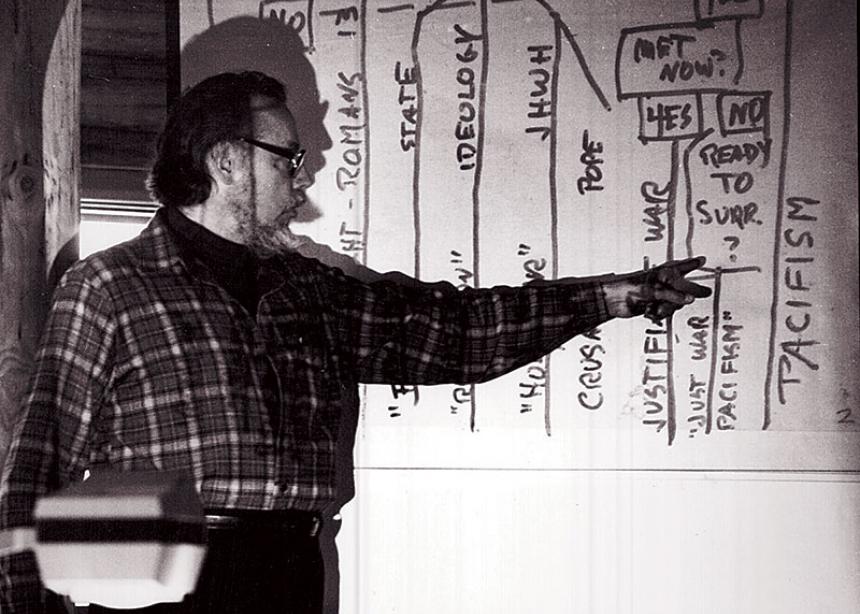 Mennonite Church Canada is discerning how best to respond to Canadian survivors of sexual abuse by theologian John Howard Yoder.

Survivors of Yoder’s sexual abuse in the United States, which came to light in the 1970s and ’80s, have renewed their call for Mennonite Church U.S.A. leaders and Anabaptist Mennonite Biblical Seminary (AMBS) to “revisit unfinished business with his legacy,” writes Sara Wenger Shenk, current AMBS president,  in an online post at Sojo.net. Shenk and Erwin Stutzman, executive director of MC U.S.A., initiated a discernment process in the American national church in September. AMBS is jointly owned by MC Canada and  MC U.S.A.

Yoder, a professor and past president of the school, is renowned for his groundbreaking 1972 book, The Politics of Jesus. He was released from AMBS in 1984, when it was known as Associated Mennonite Biblical Seminaries. Allegations of sexual abuse against women dating back to the 1970s led to “prolonged and failed attempts to work with Yoder,” writes Shenk.

A task force from his local congregation concluded that Yoder had “violated sexual boundaries.” In 1992, Yoder submitted to a disciplinary process led by an accountability and support group, resulting in an intense four-year process. Yoder died suddenly on Dec. 30, 1997, just one week after being welcomed back into his home congregation.

“Although a measure of healing followed the conclusion of the disciplinary process, so did profound disappointment,” that there had been no public validation of abuse survivors’ testimonies, Shenk wrote.

“We know there were Canadians who attended AMBS during Yoder’s tenure at our binational seminary,” says Karen Martens Zimmerly, MC Canada’s denominational minister. “I want to invite any Canadian who encountered harassment from John Howard Yoder to consider joining in this renewed opportunity for healing.”

Martens Zimmerly will also send a letter to pastors across the national church, but is aware that some survivors may no longer be connected to a Mennonite congregation. “Pastors are in a position of confidence, and may know persons to whom this invitation can be personally extended,” she says.

Willard Metzger, MC Canada’s executive director, says the national church is encouraged by efforts to help survivors redress their experiences. “I ask that the wider church pray for the healing of abuse survivors, pray for leaders as they hear difficult stories and walk with survivors, and to pray for the Yoder family.”

Martens Zimmerly invites Canadian survivors to e-mail her at kmzimmerly@mennonitechurch.ca or call her toll-free at 1-866-888-6785, ext. 118. All responses will be held in the strictest confidence.

“Lament for those ‘suffering in silence’” 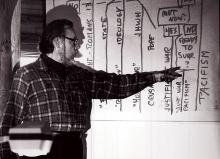