Church being pushed and pulled in many directions 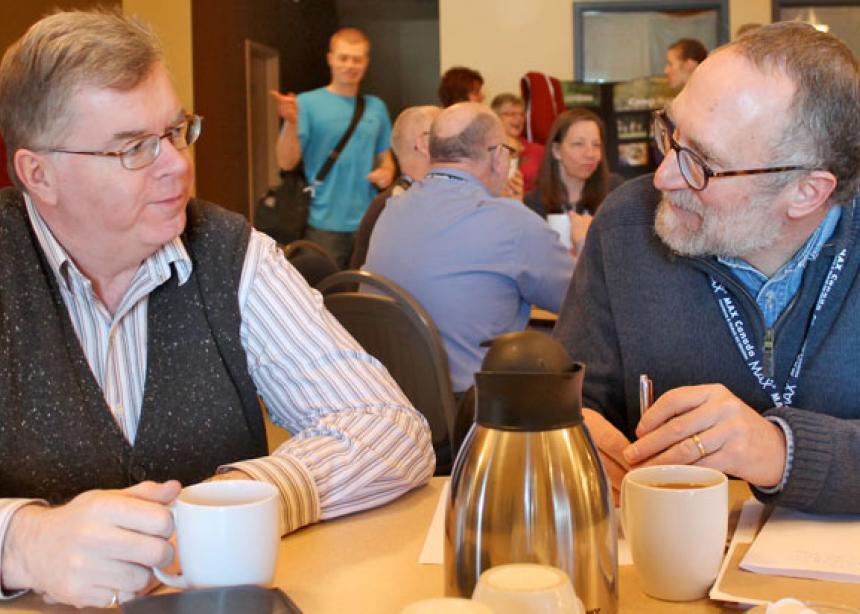 Mennonite Church Manitoba is at a critical juncture as it faces issues that reflect changing times.

“We are in a time of significant shift,” said Stuart Murray Williams, guest speaker at the 66th annual delegate session of MC Manitoba on Feb. 23. Just as the Holy Spirit pushed the New Testament church to new boundaries in its understanding of mission work, “God continues to go ahead of us, always pushing at the edges, and we have to catch up,” said the author of The Naked Anabaptist and Church After Christendom (who writes as Stuart Murray).

As far as churches or denominations go, “the Mennonite church community is quite healthy,” said Murray Williams. “It seems to be where some churches were 20 years ago and are now responding desperately, although for some of them it may be too late. My hope is that the Mennonite church will seize the opportunity while it still has the resources and the energy to do that.”

That is what the MC Manitoba board and staff are also hoping. Prior to the gathering, the board and staff met for a retreat to identify the key issues that need discernment and outline a process by which this discernment could take place. Moderator Peter Rempel instructed the delegates on the process and principles of discernment, stressing that “we shed aside egos, prejudices, biases and predetermined conclusions, and ask what preconceptions in our hearts and minds hinder our openness to finding God’s will.”

The issues were presented to delegates in the form of questions in four simultaneous workshops led by board members and staff:

Ken Warkentin, executive director of MC Manitoba, said, “Stuart Murray Williams adds a really important voice to the discussion, but the impetus behind the urgency comes from within our own context. We can identify trends in our giving patterns that indicate that our denominational identity is no longer as vibrant or important as it has been. Members are telling us this with their dollars, and telling us by the directions they are being pulled in, to become more evangelical, more peace-loving, more socially active or more liturgical. We are at a place where we want to position ourselves so that we can deal more effectively with some of the pushes and pulls within our constituency.”

Peter was a pioneer and a risk-taker, according to Murray Williams, who said, “I am convinced denominations need pioneers, need to recognize them, value them, learn from them, find ways of integrating them, so that they are not out there by themselves, but are actually seen as part of the wider community.”

He spoke about the changing views toward denominationalism and the need to transition from an institution to a missional movement, stressing, “Anabaptism represented a pioneering movement.” Denominations face many pressures from society, he said, among them being “suspicion of organizations and a preference for the organic, a growing distrust of hierarchy and preference for a flat structure, wariness of institutions, disaffection for connection from a distance and preference for the local, and the struggle for financial support.”

The meeting at Emmanuel Mennonite Church, Winkler, did not call for decisions or votes on any matters from the 154 delegates who represented 37 of the 48 member congregations, “but we did set out some trajectories,” said Warkentin. “We framed some important questions that we will continue to refine. We will ask the board, staff and member churches to participate in the further development of these themes and we will continue to feed information out to the churches.”

At the fall delegate session, Rempel said, “we will tackle two of these issues,” including the future of Camps with Meaning. “The camping ministry question will be one of the first issues because that needs to be resolved so that we can make adequate plans for 2014.”

It has already been decided that the number of weeks of summer camp programming this year will be reduced in order to ensure a safe and sustainable camping ministry. Summer camp at Moose Lake will be shortened by two weeks, to accommodate an outside group that will be renting the facility, but the number of weeks of Adults with Disabilities Venture camps will be increased and held earlier in the season. 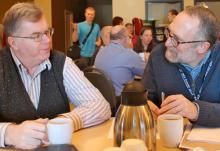