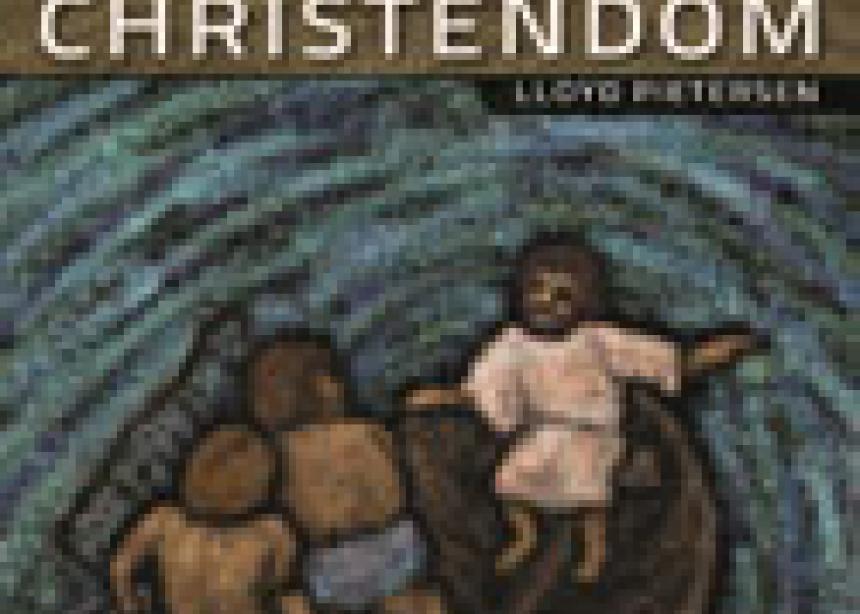 Should Christians in North America and Europe understand the Bible in fresh ways in an era when Christianity no longer dominates western civilization? Yes, says a British professor, Lloyd Pietersen, who wrote a book on the subject that was published by Paternoster Press in his country and by Herald Press in North America.

Western Christians now have a chance to understand the Bible better, Pietersen says, without the constraints of Christendom, in which European society was ruled for centuries by the church and state working together. The Anabaptists and other Radical Reformers had it right in the 16th century, he says, when they opposed the idea of Christendom. Pietersen’s book, to be released by Herald Press this month, is titled Reading the Bible After Christendom.

The alliance between church and state started when Roman emperor Constantine adopted the Christian faith and marched his army through a river in a mass baptism. This led to an officially “Christian Europe” and to a faith that was alien to that of the earliest church, says Pietersen.

The unravelling of Christendom in recent generations has resulted in declining church attendance and biblical illiteracy. But it also means that the church has returned to the margins of society, where it can exercise a more healthy witness than when it dominated the institutions of society.

“Reading the Bible After Christendom is inevitably a reading from the margins,” says Pietersen, “and should be done in community in ways that engage with the Bible as prophetic, subversive, and sustaining for the Christian journey.”

Pietersen argues for elevating Jesus and the gospels in reading the Bible. The teachings of Jesus should be central to any Christian biblical interpretation, he says.

Walter Brueggemann of Columbia Theological Seminary in New York, a leading American theologian, wrote the foreword to Reading the Bible After Christendom. “Given the highly visible and unmistakable failure of the Constantinian system,” he writes, “this fresh reading may be just what is required, not simply to revive the church but to mediate the moral energy needed for a new society.”

Pietersen is senior lecturer and research coordinator in New Testament studies at the University of Gloucestershire, England. He is a founding member of the Research Centre for the Bible and Spirituality based at the university.

An accountant by background, Pietersen serves as treasurer for both the British New Testament Society and the Anabaptist Network in Britain and Ireland.

He is author of The Polemic of the Pastorals: A Sociological Examination of the Development of Pauline Christianity and co-editor of several volumes, including New Directions in Qumran Studies.

Pietersen and his wife Sheila, a physician, are founding members of Bristol Peace Church.