China to Canada: A Prairie Connection 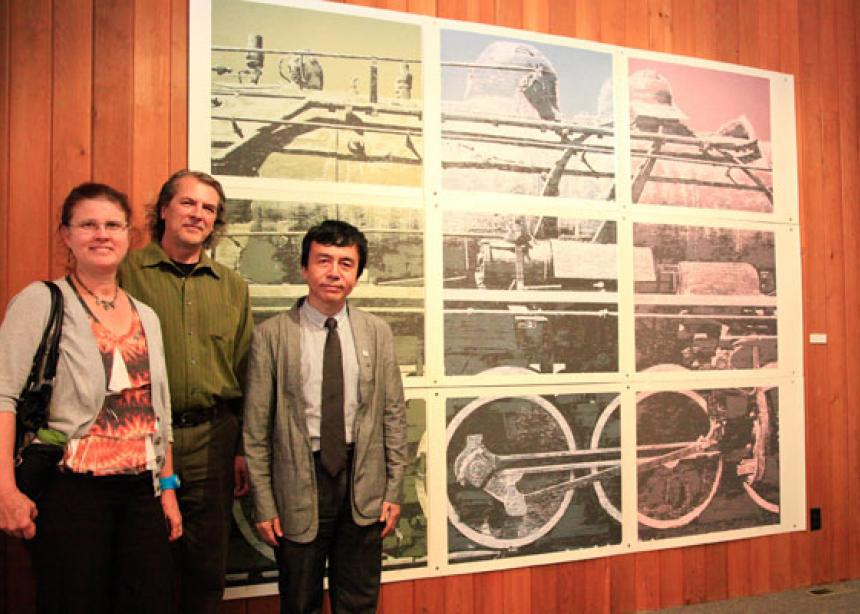 The flat lands of Manitoba’s wide Red River valley would seem to have little in common with northern China—unless you’ve seen the expansive silkscreen prints of Chinese artist Liang Yu. The Prairie Connections exhibit of Yu’s art at the Mennonite Heritage Centre Gallery immediately resonates with the prairie dweller. Many scenes, featuring old iron from China’s Russian-influenced steam locomotive era, would be equally at home in Ninga, Manitoba—a prairie town that once thrived as a result of rail transport.

Winnipeg artist Karen Cornelius, who is guest curator of the exhibit with Geraldine Taylor, has developed some important ties to Chinese artists as a result of several working trips to China. These connections helped bring Yu’s art to the Gallery.

Yu, who is described as a renowned painter and printmaker at the peak of his career in China, was selected to contribute art for the cultural component of the recent 2012 summer Olympics in London. His art has been featured at the National Art Museum in Beijing, and he serves as Executive Vice President of the Guangdong Artists Association.

Yu grew up in a prairie landscape in northeast China. His father’s work with the railway left Yu with deep childhood memories of trains, rail signaling systems and Russian-influenced train stations. His isolated scenes are dominated by the big prairie sky.

The exhibit advances the Gallery’s niche mission of using art to bring together people of different faiths.