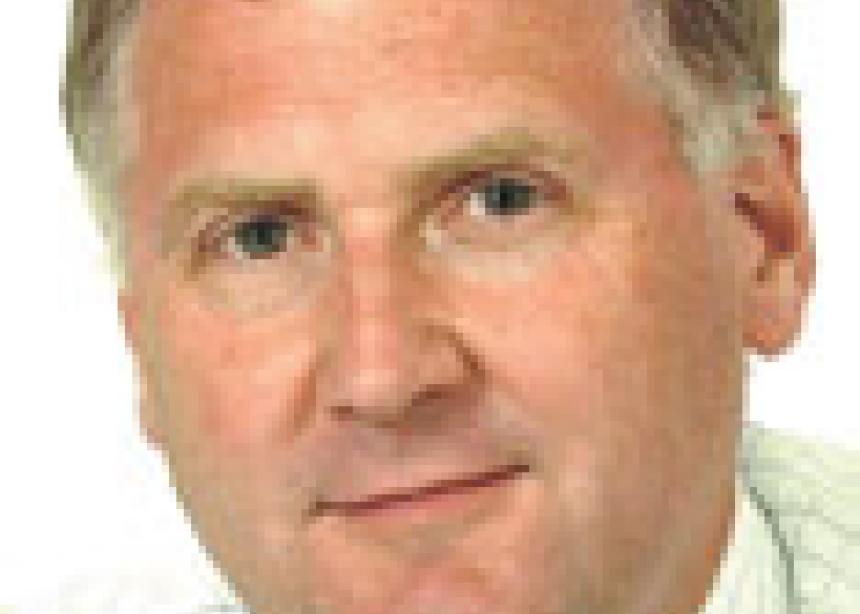 As a journalist by vocation, I’ve seen the work of the publication through that particular—and, arguably, peculiar—lens. Indeed, it must have been for that point of view that I was elected to the board in the first place, since I possess no special grasp of Mennonite theology and claim to be representative of no discrete segment of the family of Canadian Mennonites. Earlier in my career, I was intimately connected to the structures, congregations and burning issues of the larger Mennonite fellowship, but that was long ago and far away.

So I’ll say this from the perspective of a journalist who still happens to find identity and have kinship in the Mennonite church: Cherish this magazine.

No need to be concerned: It’s in good shape. Despite a modest deficit last year, brought on by a number of unusual factors, support for the magazine among readers is unwavering and commitment to it by its seven publishing partners is firm. (And yes, in an effort to keep up with the new tools many of us use these days to share information, Canadian Mennonite will be doing a bit of experimenting too—on the magazine’s website and elsewhere.)

Rather, Mennonites across Canada should cherish their magazine because, in the world of church journalism and communication, it represents an increasingly rare model—a joint project of six church bodies and a grassroots publishing organization that succeeds, each fortnight, at assembling an information package in which open dialogue occurs about issues facing the increasingly diverse and complex family that are the Mennonites in Canada.

Canadian Mennonite is a hybrid. It is not the fiercely independent and autonomous magazine devoted to covering denominational and interdenominational affairs as once envisioned by Frank H. Epp and his contemporaries; that business model worked for a time, but eventually failed. Nor is it a mouthpiece for the promotion of programs and points of view by church officials, similar to many other church magazines whose editorial control has migrated from the newsroom to the boardroom.

Maintaining that delicate balance, however, is a full-time job. In fact, it is a couple of full-time jobs and more than a half-dozen additional part-time jobs, as editor/publisher Dick Benner, his Waterloo, Ont., staff, and a half-dozen dispersed correspondents try to juggle competing demands and interests, all the while piecing together a publication that will inform, inspire, challenge, motivate and encourage.

The pressures from individuals, congregations and representatives of official church bodies—our publishing partners—reach board members, too. During my brief tenure as chair, I’ve been lobbied by church staff on issues related to both the content and administration of the magazine. Similarly, I’ve received pleas from academics and parishioners to allow for more fulsome and adversarial discussion of issues. Fortunately, appellants on all sides, as well as the magazine’s staff, usually discover the grace and spirit of generosity that allows for reasonable compromise.

It is not a certainty that this type of magazine should exist at all. Thanks to the foresight, compromise and sheer determination of former board members and church leaders who served on this board long before I came along, Canadian Mennonite continues to provide a forum for information and discussion among its member churches.

That the magazine continues to show up in our mailboxes and on our computer screens is evidence of a people of forbearance, a goodly measure of grace and a durable sense of humour. It is also evidence of a people determined to be in conversation and dialogue with one another.

In 1961, playwright Arthur Miller mused, “A good newspaper, I suppose, is a nation talking to itself.” As both a director and reader, I’ve experienced this periodical as one slice of Menno Nation talking to itself. And that talking—that expansive, if slightly moderated, dialogue—is absolutely essential to our growth as a people of faith.