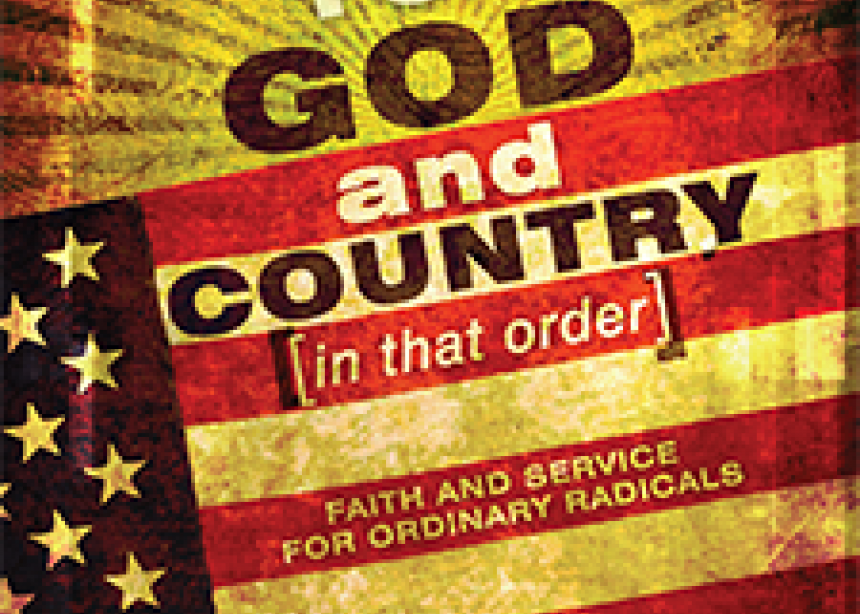 Logan Mehl-Laituri, a veteran of the war in Iraq, has written a new book, For God and Country (In That Order): Faith and Service for Ordinary Radicals, the first book written by such a recent war veteran published by Herald Press.

Mehl-Laituri, a member of St. Joseph’s Episcopal Church in Durham, N.C., was a fire support specialist in the U.S. Army from August 2000 to November 2006.

Now a professor, he points out that combat veterans today can go from “an intense firefight to the comforts of home in less than 48 hours.” Even a hero’s welcome home can keep vets “from grieving the heart-wrenching events witnessed in combat,” and be spiritually and morally confusing for men and women of faith in the armed services who are genuinely conflicted, he says.

According to him, countries “venerate soldiers without attending to the moral pain acquired by combat. Patriots and pacifists alike need to see soldiers in much more complicated terms—in less homogenous and predictable light.”

Mehl-Laituri is the author of a previous book telling his own journey from soldier to conscientious objector, Reborn on the Fourth of July: The Challenge of Faith, Patriotism and Conscience (InterVarsity Press, 2011).

His purpose in writing For God and Country (In That Order) is to profile dozens of people from biblical times to today who have served as soldiers and pondered their faith in light of that service. The book also tells the stories of pacifists from ancient times to the present. The profiles and stories “challenge easy assumptions, especially as they pertain to war and military service,” Mehl-Laituri says of his book.

Desmond Doss, a Seventh Day Adventist during the Second World War, refused to carry a weapon or to work on the Sabbath, garnering death threats from his unit mates. He ended up receiving a Congressional Medal of Honor for one heroic episode—when he still did not pick up a gun. However, he did bend the rule of working on the Sabbath, observing, “Even Jesus worked on the Sabbath.”

On the other hand, Tom Fox, a Quaker loosely affiliated with a Mennonite congregation, served 20 years in the army, but later went to Iraq with Christian Peacemaker Teams, where he was taken hostage with three others. Fox was finally killed, “paying the ultimate price for God, not country,” writes Mehl-Laituri. “My point is to challenge our polarized expectations both about the military and about Christians.”

He notes that, on the left, many books suggest the military is inherently corrupt and such service is irreconcilable with the Christian faith. On the right, some hold the military up as the epitome of Christian service, as in the days of chivalric knights. “This book, on the other hand, challenges facile conclusions,” says Mehl-Laituri.

The book is intended for Christians of all denominations and is written on a popular, rather than academic, level. Mehl-Laituri is currently adjunct professor at Methodist University in the department of philosophy and religion in the Fort Bragg town of Fayetteville, N.C. He earned a master of theological studies degree from Duke Divinity School.

For more on the book, visit http://store.mennomedia.org/For-God-and-Country-P1533.aspx, or more on the author, read Mehl-Laituri’s blog at http://loganmehllaituri.com/. 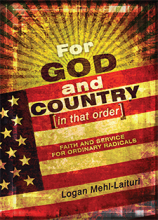