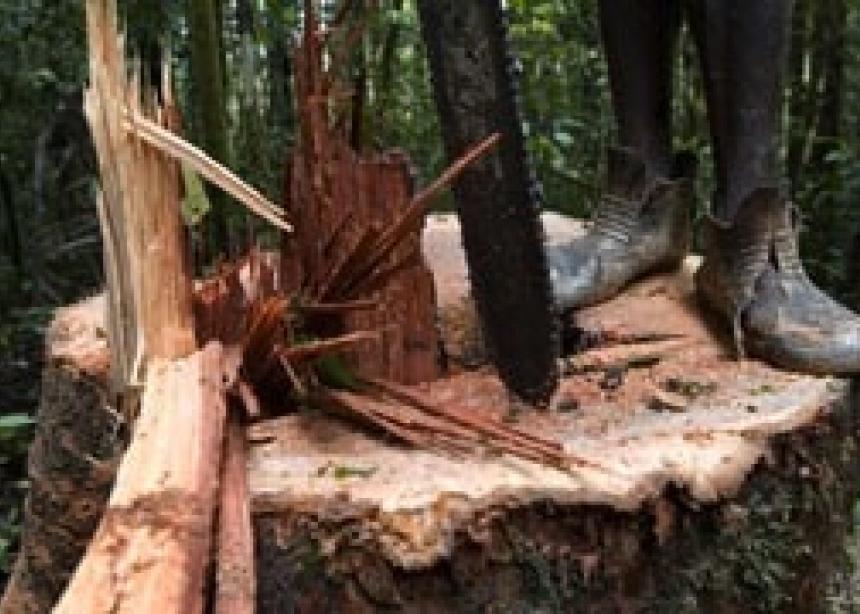 A major US newspaper reporter has pointed the finger, once again, at Mennonites in the Paraguayan Chaco for massive deforestation, clearing the land for grazing large herds of beef cattle, a major export for the small country.  Simon Romero of the New York Times picked up the story March 24 begun by the Guardian newspaper of the United Kingdom two years earlier.

“As the Mennonite communities come under scrutiny for the deforestation,” Romero writes, “they acknowledge that big sections of the forest around them are being removed. But they deny that they are to blame, contending that they abide by Paraguayan law, which requires landowners to keep a quarter of Chaco properties forested. ‘What the Brazilians do, acquiring land with their strong currency and deep pockets, is something else,’ said Franklin Klassen, a member of the city council in Loma Plata, a Mennonite town.”

The Times article is a continuation of what the UK Guardian reported on Oct. 5, 2010, when reporter John Vidal, filing a story from Filadelfia called the Mennonites a “fundamentalist Christian sect,” writing that “large Mennonite families and powerful co-operative farm groups have bought an estimated 2m hectares of land in the Chaco. What also used to be modest meat and dairy enterprises have grown into formidable agri-businesses dominating Paraguayan livestock farming.”

In the most recent Times story, Romero seems to accept that the Mennonites are on a irreversible path, when he writes “On Filadelfia’s outskirts, the transformation of the Chaco from a vast, untamed wilderness into a ranching bastion already seems irreversible. About 80 Ayoreo live in squalor in one spot on the side of the highway, sleeping under plastic bags draped from trees.

It seems to be one of the ironies of the global Mennonite narrative that as the more progressive, politically active Mennonites in North America are developing a conscience about environmental degradation and organizing their concerns around a program of Creation Care, their brothers and sisters in this part of the South seem to think they are within their “rights” to use the land for industrial purposes, even though their actions are seen by others in the faith community as exploitation for personal and corporate gain and a marginalization of indigenous peoples.