A celebration of food and faith 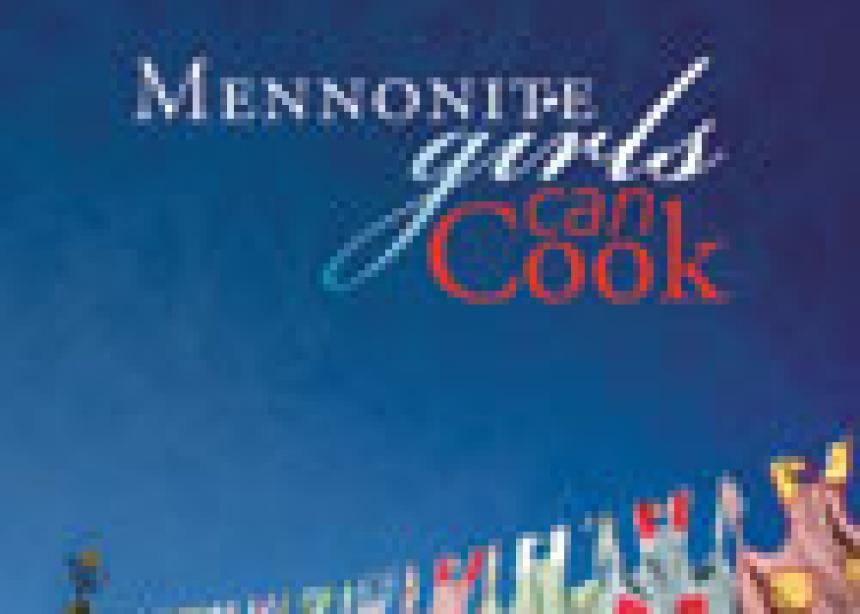 Recently I stood in line-ups for two different kinds of “Mennonite” foods. In one line I waited, along with many others, for my order from the annual Laotian Mennonite spring roll sale. A week later I waited for my two dozen Russian Mennonite fleisch perishky (meat-filled buns).

Both of these delicacies were received with delight by the members of my household and disappeared from the freezer in alarmingly short order. On other occasions I’ve stood in line for Swiss Mennonite apple fritters at the annual Mennonite Relief Sale or for Hispanic Mennonite pupusas (another variation on meat inside dough) sold as a fundraiser by Mennonite youths at a local church.

I have also experienced Mennonite “ethnic fusion” when eating homemade chicken noodle soup along with burritos at a southwestern Ontario restaurant operated by Low-German-speaking Mennonite immigrants from Mexico.

All of these “Mennonite foods” are, of course, not intrinsically Mennonite, but rather emerge from the ethnic and cultural contexts in which particular Mennonite groups lived in the past. Cultural markers such as language, dress, architecture or foodways—which evolved from the intersection of religious belief and ethnic experience—became significant features of Mennonite community identity at various times and places.

Historically, these cultural markers differentiated “Russian” from “Swiss” Mennonites possibly mainly by their traditional foods. Today, food as cultural custom in Mennonite households in Canada has diversified widely and may include the ethnic foods described above, or also French Canadian poutine, South Asian samosas (vegetable- or meat-filled pastry), and Korean kimchi (fermented vegetables).

But just because we must stretch our imaginations when we think about “Mennonite foods” should not compel us to dismiss the overlapping connections between our religious identity, ancestral histories and food practices. I personally fear the demise of a Mennonite-ness that seeks to “downplay” or “set aside” the family history and personal ethnicity of any member (see “ ‘Mennonite’ not eaten here,” Jan. 24, page 13), since religion and culture cannot be separated.

These linkages are front and centre in a new cookbook published by Herald Press, amusingly titled Mennonite Girls Can Cook. The book was preceded by an online blog of the same name, begun by 10 women who wanted to share their favourite recipes and thoughts about cooking, eating and life. Although the recipes on the blog are widely varied, the women would often post stories and recipes from their Russian Mennonite heritage, paying tribute to their mothers and grandmothers who taught them the “joy of cooking and serving.”

The popularity of the blog led to the 200-page hardcover book with glossy pages and numerous colour photographs. Indeed, Mennonite Girls Can Cook is a beautiful coffee-table art book as much as a cookbook. I immediately thumbed through it in search of the foods prepared by my grandmother, aunts and mother, such as paska (Easter bread), platz (coffee cake), zwieback (double-decker buns) and holubschi (cabbage rolls). The cookbook also has a wide assortment of recipes for main dishes, side dishes, desserts and baked goods, including many gluten-free options.

The women—I can’t bring myself to refer to these middle-aged friends as “girls”—acknowledge that they were brought together by their “ethnic roots, common love for cooking, and our faith.” The faith element is front and centre in this cookbook, as each woman profiles her own personal story in sections entitled “Who’s Cooking,” and in short spiritual reflections—a Bible verse beginning each one—entitled “Bread for the Journey.” That food is so closely embedded in identity becomes very clear in this book, and this is what I like about it most.

In the same way that the notion of “Mennonite foods” deserves thoughtful analysis, the stereotype that “Mennonite girls can cook” should, I think, be received with a sense of the irony that such a generalization must surely be reflecting and was hopefully intended. Of course, not all Mennonite girls can or want to cook, but I suspect the average cookbook buyer will not get it, and thus age-old clichés that link Mennonite women with food will be perpetuated by the title.

This cookbook is really part of a larger renaissance in “roots cooking,” whereby people explore and celebrate their ancestral heritage by discovering and recovering foods of the past. I hope that in a few generations we will see Laotian-Canadian Mennonite women also blogging and publishing about their ethnic food traditions and telling stories that connect their food and faith.

Marlene Epp is a historian at Conrad Grebel University College, Waterloo, Ont., who describes herself as ‘a Mennonite girl who would rather write than cook.’ 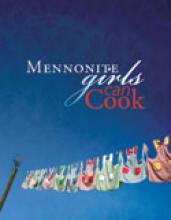