Capitalism under an imperialistic logic 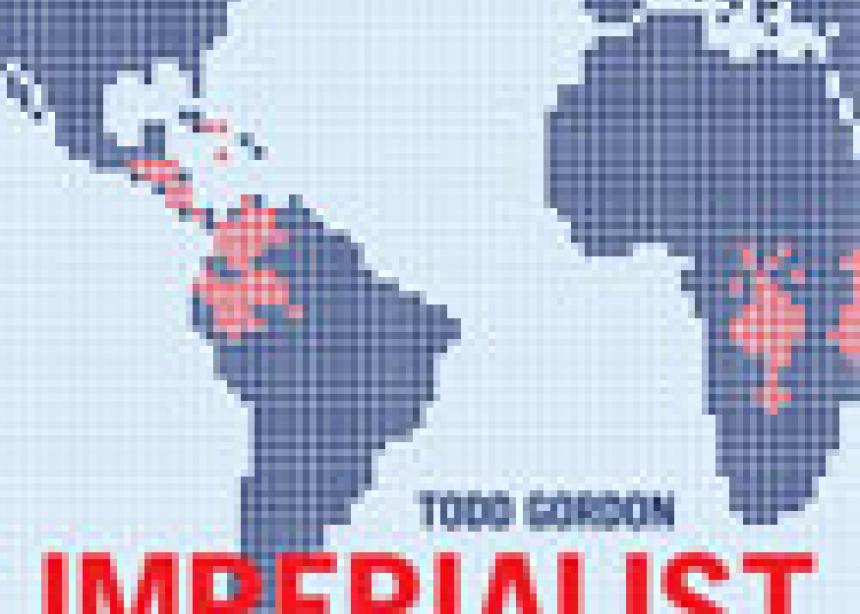 Todd Gordon’s Imperialist Canada is not theology, nor is it written for or about the church. And while Mennonites are nowhere mentioned within its pages, the content of this book should be of great interest to Canadian Mennonites.

This work is an attempt to demonstrate that Canada operates under an imperialist logic and practice. Popular caricatures of Canada show a peacekeeping nation or a sort of benign moral compass for our southern neighbours at best, or their obedient lackeys at worst, but Gordon argues that these caricatures exist simply because the United States overshadows the role of Canada, not because Canada functions under a qualitatively different structure.

While the era of direct colonial control over nations by Europeans is largely over, Gordon argues that the logic of imperialism that fuelled colonialism remains intact. Citing David McNally, imperialism is described as “a system of global inequalities and domination—embodied in regimes of property, military powers and global institutions—through which wealth is drained from the labour and resources of people in the Global South to the systematic advantage of capital in the North.”

Imperialism is framed predominantly as an economic issue and, more specifically, a capitalist issue.

Gordon declares that, “just like the other major capitalist powers, Canadian capital is driven by a logic of expansion.” The phrase, “economic growth,” is so deeply embedded in our cultural lexicon that we don’t stop to think about its implications. Economic growth means the material accumulation of funds, property and products that are made possible by an imperialistic logic of expansion to create advantages for the wealthy at the cost of the poor. Gordon spends the bulk of his book demonstrating how Canada is directly, and often independently, involved in these sorts of practices.

First, Gordon looks at the historical trajectory of Canada’s relationship to First Nations people, then at Canada’s global vision and the implications of the global liberalization of southern economies, often referred to as neo-liberalism. The claim of neo-liberalism is that if smaller, more impoverished economies can come on board as international trading “partners,” they stand a better chance of improving their domestic quality of life.

But, according to Gordon, the reality is that more affluent nations have opened up isolated or marginalized nations, profiting from extracting their natural resources or exploiting their cheap labour. Gordon cites the expansion of Canadian-based mining companies in South America and Canadian clothing manufacturers in Haiti as examples.

In contrast to public claims by neo-liberal advocates, Gordon cites studies showing that poverty is growing fastest in countries that opened themselves up to wealthy trading partners. These imperial economic practices inevitably bring ecological instability, social unrest and military enforcement.

Gordon covers a complex array of issues related to Canada’s domestic and foreign practices. If contemporary capitalism is inherently violent, it needs to be rejected, and the Mennonite church must wrestle with how it responds. A peace theology with any integrity must explore and understand the economic structures that weigh so heavily on so many. Imperialist Canada offers itself as an important dialogue partner in that process.