‘Call to me and I will answer you’ 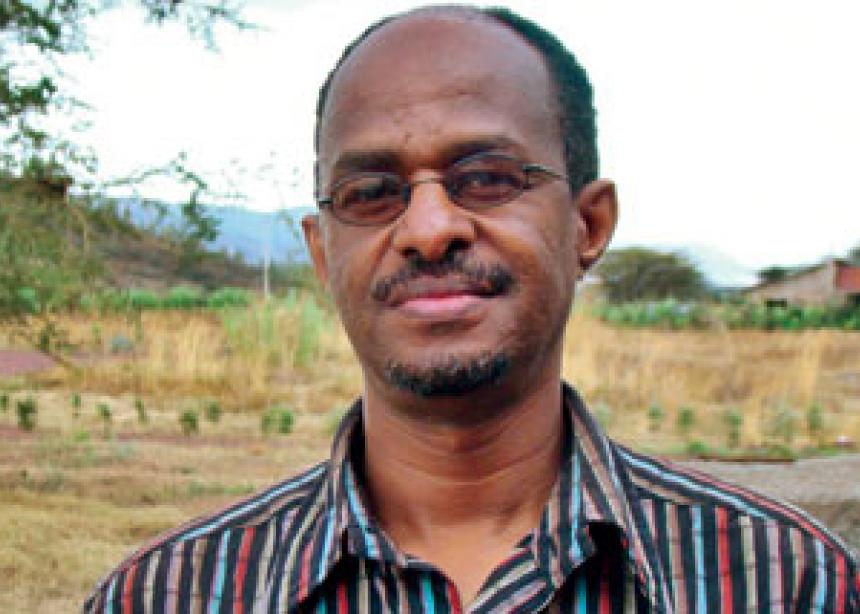 Leaving home to attend university exposed Frew Zinna to new attitudes and lifestyles that pulled him away from his family’s legacy of faith, but the words of Jeremiah 33:3 called him back to Christ and into ministry.

Most Ethiopians are Orthodox Christians or Muslims, but Zinna grew up in a family that had been rooted in Evangelical Christian faith for three generations. His father taught in a Mennonite school started by missionaries.

“Having the privilege of being involved with the Mennonite missionary work contributed to the whole family’s life,” Zinna says, “because it gave access to good health care and education, as well as being taught spiritually.”

Zinna graduated from high school at the Nazareth Bible Academy and received a scholarship to study at a government-run university. It gave him a chance to make his dream of becoming a medical doctor a reality. But living away from home exposed him to other temptations and, two years later, he was forced to leave school because of poor grades, low attendance and his use of chat, a locally grown leaf that is chewed for an amphetamine-like stimulus. He returned home disgraced and broken, bringing shame to his family.

At the age of 20, with his mother on her knees beside him, Zinna sought God’s guidance. He says he heard God speak to him on three different occasions through the words of Jeremiah 33:3: “Call to me and I will answer you and tell you great and unsearchable things you do not know.”

His faith re-emerged when he realized that God had a personal interest in him and in his future. He found a position as an English translator for a nurse at a Baptist mission clinic, and lived and worked in the clinic community of foreign and national Christians. Witnessing their personal faith and practising daily devotions with them stirred the embers of his abandoned beliefs.

When the mission clinic closed, Zinna worked as a translator for a non-governmental organization (NGO) in Nazareth, less than 100 kilometres southeast of Ethiopia’s capital city, Addis Ababa. He attended church regularly and says he “became a church man,” and also one of the youngest men elected as an elder in the Nazareth area at that time.

One day Zinna’s pastor, Kedir Delchume, asked him, “What is your plan for your life?” After listing four specific priorities, Delchume suggested that, instead of setting his own priorities, he should seek God’s will. When Zinna changed his approach, he says that God rearranged his priorities, moving marriage and ministering for God to the top of the list.

The pastor encouraged him to mature further before giving up his full-time NGO job for full-time ministry. During the next seven years, many people encouraged Zinna to study at Meserete Kristos College, including Demena Degu, a former graduate and now the director of the college’s extension classes in Nazareth. Degu told Zinna and his wife that education was necessary for his future ministry, but he didn’t think it was the right time.

A dream changed his plans. In his dream, he saw an open envelope with a letter from the college extending an invitation to study and a scholarship. He woke up and wept tears of joy, knowing that his dream to study would finally come true.

Now a third-year degree student, Zinna says of his hopes for his future ministry, “I want to be fully engaged in the area of teaching. Change will come in the life of the church through teaching the body of Christ. My heart craves to teach God’s Word.”

Adapted from the March 2010 issue of the Meserete Kristos College newsletter. Dianne and Fanosie Legesse have served as Mennonite Church Canada Witness volunteers in Ethiopia since 2007, where he teaches at the college, while she engages in a hospitality ministry. They are members at Bethel Mennonite Church, Elora, Ont.