A call for Christians to be the kingdom of God 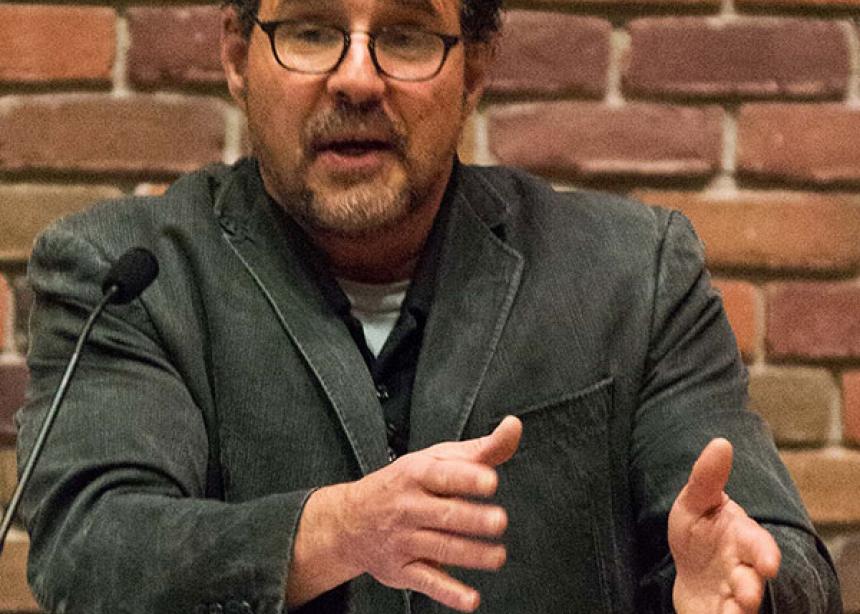 Boyd, a best-selling author and cofounder of Woodland Hills Church in St. Paul, Minn., was this year’s “peace and justice guest” at AMBS. In an evening lecture to a filled chapel on April 24, Boyd described characteristics of the kingdom of the world and the kingdom of God. Then he outlined how to keep God’s kingdom “holy,” meaning distinct and separate.

The kingdom of the world, Boyd said, imitates Caesar, is based on mistrust and power over others, is self-interested and uses violence. In contrast, the kingdom of God imitates Christ, is based on trust and love, is other-oriented, and seeks to serve enemies and transform hearts.

Using Scripture references to draw a clear division between the world and God’s kingdom, the author of The Myth of a Christian Nation explained that, “when God created the world, he never told us to have dominion over each other. We are to reflect his loving character. . . . Putting trust in earthly rulers and the military is not God’s design and is a sign of rejection [of God].”

Jesus came to establish the reign of God, Boyd emphasized, and this kingdom always looks, loves and serves like Jesus. “Do everything in love, and love is defined by the cross,” he said. “What do you do when you have all the power in the universe? If you are Caesar, you control and denominate. When you are Jesus, you wash the disciples’ feet.”

This humility must be a characteristic of Christians, Boyd said, who holds a Ph.D. from Princeton Theological Seminary and a master of divinity degree from Yale Divinity School. “Whatever sin you notice [in someone else] is a mere dust particle compared with the tree trunk you need to deal with [in yourself], regardless of what sin you are talking about.”

Enumerating all the things Christians do as part of the kingdom of God, Boyd quoted familiar New Testament teachings:

In a discussion time that followed the lecture, Boyd emphasized even more strongly Jesus’ call to love: “Our battle, our warfare is never against flesh and blood,” he said. “Whether it is Democrat, Republican, Taliban, or communist, it’s something we are supposed to be fighting for, not against. The way we fight for them is by refusing to make them an enemy.”

Boyd’s visit included a session with local pastors, giving opportunities for them to question him about his role as a public theologian. Again, he emphasized the need to keep the kingdom distinct from the world. “It’s so important not to let the world set the terms of the discussion,” he said. Rather than being limited by the either-or approach that is prevalent around us, we must see people as complex. “People are people, they are not a category: gay or straight, or black or white, or rich or poor, or they struggle with this issue or that issue.”

He answered their questions about how to minister when there is tension in the church over accepting certain behaviours, saying, “You have to get inside a person’s life to have any kind of wisdom about what God is supposed to work on. We are allowed only one opinion about people that we are not in deep relationship with, and that is that they are of unsurpassable worth because Jesus died for them.”

Several times during his AMBS visit, Boyd emphasized that it is important for Mennonites to recover a core identity that is separate from the world, not isolated or irrelevant, but “holding passionately to the distinct calling to be different.” People all over the world are waking up to the ways the church has adopted the norms of the world and are looking for this identity, he said, adding, “What’s needed is for us to hold passionately to the distinctives of the kingdom, but hold loosely to our cultural distinctives.” 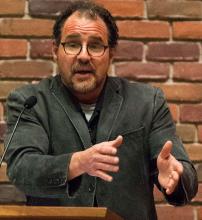