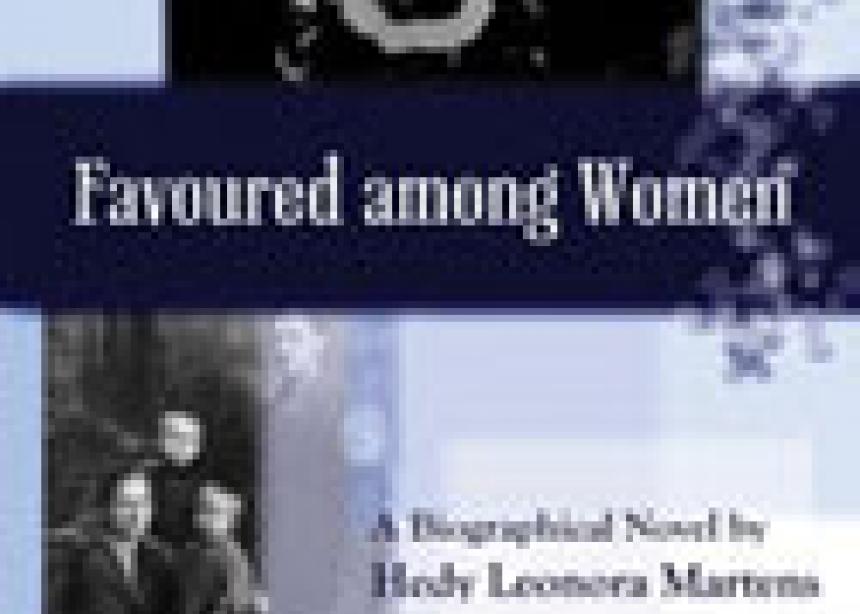 As Mennonites living in the peace and prosperity of Canada, we sometimes wonder how to keep the stories of our past alive. We wonder whether our children and grandchildren will know about the hardships and suffering of an earlier generation. Favoured Among Women, a biographical novel, is an important tool in sustaining these memories as it brings to life the tribulation of Mennonites living in the Soviet Union in the 20th century.

Favoured Among Women is an unusual book. Hedy Martens interviewed an elderly woman named Greta, whose life is the basis of the story, and it is an account based on fact. But it is also fiction, in that Martens interprets the story for the reader. The characters come alive through this narrative, often through conversation. Martens found that the real Greta had an amazing memory for details, but this fictional interpretation of the story takes it beyond the basic facts.

Using a technique popularized by 19th-century author Victor Hugo, the book provides occasional historical snapshots to help the reader understand the broader picture of what is happening. These backdrop explanations are well-researched and concise, and help to provide context for the story. Perhaps most unusual for a work of fiction are the author’s personal reflections, which appear from time to time, sometimes in prose and sometimes in poetry. The amazing thing is that it works. It is a tribute to Martens’s writing style that the story is enhanced by these various levels of commentary; it does not seem choppy or disjointed.

The story begins with Greta Enns’s childhood in the Fuerstenland Colony in what is now Ukraine. Her early life in a Mennonite village has the usual mixture of happiness and anxiety; she enjoys her large extended family, but she misses her father, who died when she was only six. After her mother’s remarriage, the family moves to the Ignatyevo Colony, where its members experience the effects of the political chaos of the Russian Revolution and the subsequent famine. Greta marries Heinrich Martens and so there is joy in the midst of hardship, but there is also bitter grief as the family is divided when some are able to emigrate to Canada, but Greta and Heinrich are forced to stay behind.

As the children come along, Greta and Heinrich struggle to find accommodation large enough for their family. During the 1930s, Heinrich’s leadership in the church becomes dangerous, as the Soviets clamp down on religion. When Heinrich is arrested, Greta and her children struggle on alone. The book ends during World War II, as they are herded onto a box car to be transported eastward, away from the advancing Germany army.

The reader is left wondering about their fate. It is clear from the epilogue that Greta survived to tell her story, but there are hints that there is much more to this narrative. Hopefully, Martens will soon write the rest of the story in Vol. II.

Barb Draper is the Books & Resources editor for Canadian Mennonite.

I would like to know where to buy the book