‘Breath of Life’ for MC Saskatchewan 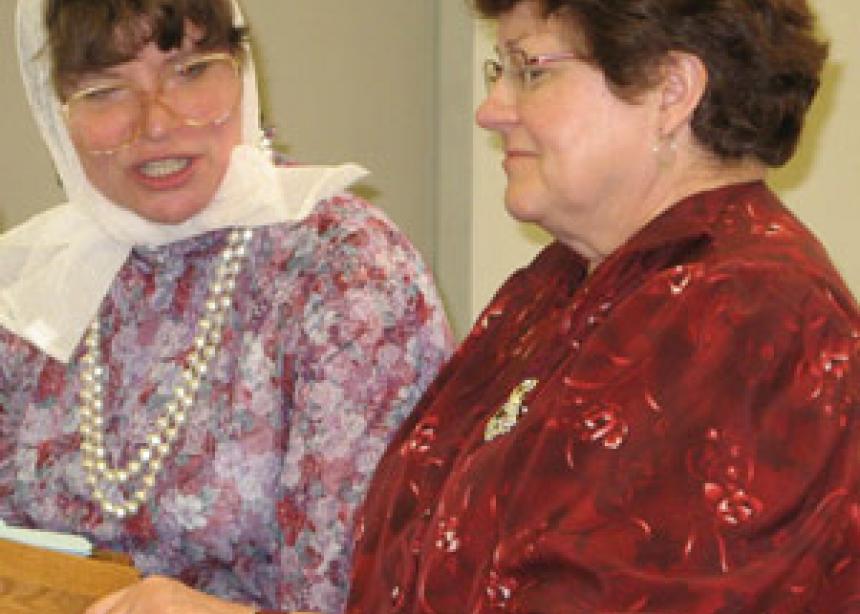 Breath of Life Mennonite, formed by a group of people that broke away from First Mennonite Church, Saskatoon, in 2006, had asked to join the 33 congregations that make up Mennonite Church Saskatchewan, and was officially welcomed last month.

A second house church, Seed Life Network, is also looking to join a larger body of congregations, and its members attended the two-day event to check the fit for its fellowship.

“We are an intentional house church and we’re looking to apply for membership at the next annual convention,” explained Leighton Tebay, co-founder of the network, which initially was supported by a Mennonite Brethren congregation in Saskatoon.

Peace in the public square debated

Jake Buhler, a member of Osler Mennonite Church and a peace activist, introduced the topic by describing simple ways individuals can spread the message of peace in the public square. “Get involved in a Remembrance Day service,” he suggested. “Take a stand against nuclear development,” he urged.

Osler Mennonite pastor Gordon Allaby, a member of the MC Saskatchewan Peace and Justice Committee and a former U.S. navy sailor, said, “The country is becoming militant. [We need] to educate, inspire the government and public that nonviolent peacemaking is possible,” he implored, noting that Osler Mennonite had supported an American war resister for a year.

During discussions at one table, delegates admitted it was going to take some work to present a united front for peace in the province.

“We need to begin with our own churches, to work together to agree,” said Anita Retzlaff, co-pastor of Nutana Park Mennonite, Saskatoon.

One person wondered if there would be a barrier to overcome for some Mennonites, as MC Saskatchewan moves from being traditionally “the quiet in the land,” all the way to taking a public stand against war.

“A peace campaign involves going outside our comfort zone,” admitted Allaby. “It’s troubling. But,” he added, his voice rising, “maybe it’s time to remove the duct tape from Christ’s mouth and proclaim peace and justice.”

In summarizing his own thoughts on the matter, Buhler said succinctly, “Peace is a lens through which all actions are coloured, not one segment of our faith.”

Not all happy with balanced budget

It was not without opposition that finance commission chair Armin Krahn presented a balanced budget.

During last year’s delegate sessions Krahn voiced concerns about the conference and its habit of continually dipping into reserves to meet financial obligations. A letter campaign resulted in a much better financial picture this year, bringing in nearly $54,000 from individual donors. But there still needed to be some cuts. Support for Person2Person was decreased by $2,000 and Rosthern Junior College lost $8,000. All other commissions were cut to varying degrees.

But when delegates objected to the cuts, Krahn remained firm. “Every commission knew we were going to reduce the budget,” he said unapologetically.

This year’s budget was set at $387,300, down nearly $39,000 from last year. The drop in budget was partially the result of one-time expenses and income for hosting the 2009 MC Canada youth assembly in Caronport.

Although Krahn’s term with the finance commission is technically finished, there has been some difficulty in filling the po-sition of chair, so Krahn has agreed to stay on for most of March.

Acknowledging the love and commitment of MC Saskatchewan youth minister Anna Rehan was one of the final acts of the executive during the sessions. Rehan has worked with Saskatchewan youths for 25 years and was honoured for her contributions with a gift and many hugs of appreciation. 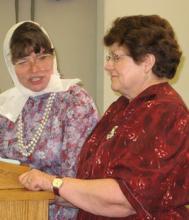