Breaking down the pretty/ugly altars

Adapted from a sermon Carol Penner preached at The First Mennonite Church on July 12, 2009. Sermon texts included Psalm 139:1-16 and I Corinthians 6:19: ‘Or do you not know that your body is a temple of the Holy Spirit within you, which you have from God, and that you are not your own?’ 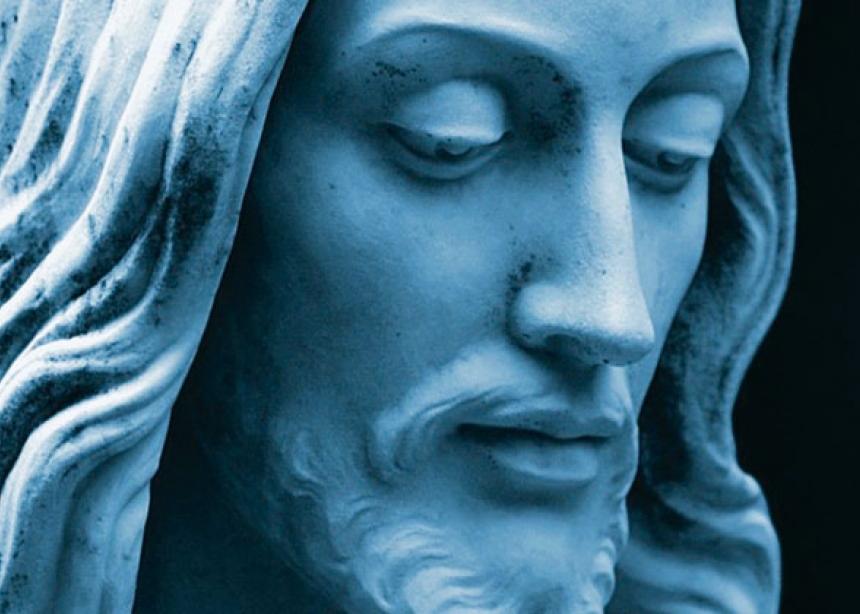 I think you know a lot about Jesus’ body, so I invite you to close your eyes and picture some things.

Picture Jesus as a baby, his tiny body wrapped in swaddling clothes lying in a manger. As a 12-year-old boy walking with his family to Jerusalem and sitting in the temple. As an adult reaching out and touching a leper; making a whip out of cords, charging through the temple and overturning tables; kneeling and praying; breaking bread on a hillside; walking on water; being crucified; lying dead in a tomb; rising with scars on his hands and feet and side; crouching down by a fire to cook fish on the beach.

Now open your eyes. Some of you had no problem picturing Jesus’ body doing all these things. We know about Jesus’ body from birth to death because the four gospels tell us about Jesus: God incarnate, God with skin on. These are the stories in the gospels.

But what about the “missing verses” about Jesus? I invite you to close your eyes again and picture Jesus as handsome, strong and muscular; with a purple birthmark covering half his face; with his front teeth missing; as an overweight teen; with six toes on one of his feet; or with thinning hair.

Open your eyes again. Was that a bit weird? We know so much about what Jesus’ body did, but nothing about what he looked like. The gospels do not say one word about Jesus’ physical appearance. It’s remarkable, really, and I think it’s striking because we live in a culture that worships at the altar of physical appearance.

Worshipping a false god
The Old Testament prophets often talked about Israel worshipping other gods. The prophets were adamant that altars to false gods like Baal should be destroyed. But we are taught to worship at another altar: the pretty/ugly altar. We are taught to be loyal to a false god who tells us there are beautiful people and ugly people, and that the first are good and the second are bad.

Through TV, movies, newspapers and magazines, our culture promotes concepts of what is beautiful and what is ugly. They all show us beautiful people or people who long to be beautiful.

What does it mean to be beautiful in our culture? According to the pictures held up for us everywhere, beautiful is to be young; to have smooth, white skin, perfect teeth and full-bodied hair—all on a thin body. Women have hourglass figures; men have broad shoulders on muscular frames.

Our culture equates beauty with goodness. From our earliest stories, the fairy-tale heroes are always beautiful, while the stepmothers and witches are ugly. This stereotyping is present in almost everything we read or watch. In The Lord of the Rings, for example, the bad characters limp and have bad teeth or an irregular face, while the good people are all white and handsome or pretty. Our culture tells us that how we look on the outside is the most important thing.

An altar that won’t be ignored
The gospels, however, are a direct challenge to all who worship at the altar of physical appearance. Jesus was our Saviour, and whether he had brown hair or blonde, brown skin or white, was short or tall, overweight or thin, it did not matter at all.

It’s interesting that artists uniformly picture Jesus as handsome. Have you ever seen a picture of a very heavy or balding Jesus, or a Jesus with missing teeth? Do we think that because Jesus was God, he had to be perfectly handsome? The gospels tell us a different story by ignoring the pretty/ugly altar completely.

But it’s hard to live in a world where everyone is worshipping at this altar. It’s particularly hard for young people who form their identity by asking, “How do people see me? How do I look? Am I one of the beautiful people or one of the ugly people?”

When I was a teenager, our youth group was having a car wash on a fine summer day. A boy I really liked said to me in a voice loud enough for a dozen other young people to hear, “Boy, your toes are really ugly.” And he pointed to my feet, just in case people didn’t know what he was talking about. A dozen people turned their heads and looked down at my toes.

As a teenager I was worried about a lot of things. But until that moment, I had never worried—not once—about what my toes looked like. And now suddenly I was faced with the reality that there were categories for toes, and that my toes were apparently in the ugly category. It was a mortifying experience.

We remember what people say about our bodies, perhaps especially the comments that would put us in the ugly camp, because more than almost anything we want to be in the beautiful camp. We want to be there because those people have more fun and are more successful. Everyone loves beautiful people, it seems.

I did a study where I read every verse in the Bible that had the words “body,” “beautiful” or “handsome” in it. The Old Testament contains references about the appearance of people’s bodies: Sarah was beautiful, Leah’s eyes were lovely, Rachel was graceful and beautiful, David was handsome and had beautiful eyes.

A change in the New Testament
But when we get to the New Testament, descriptions about people’s bodies are strangely absent. There is no verse describing what Mary, Elizabeth, Peter, John or Paul looked like. There are no verses that read, “God chose Mary because she was the most beautiful girl in Israel,” “Jesus took the cutest child and set it among them and said, ‘Be like this child,’ ” or, “Jesus gathered the tallest, most handsome men to be his disciples.”

This lack of physical description in the New Testament is not a simple oversight. Jesus broke down the pretty/ugly altars of physical appearance because he saw people for who they were. He saw them as precious and loved in the sight of God: each person a gift and each body beautiful, because each is a temple of the Holy Spirit.

As Christians, we are challenged to worship at God’s altar, to make our bodies temples. We long to be filled with God’s Spirit. We are called to cast down the pretty/ugly altars and see people as God sees them. We are called to see deeper than skin deep, and to see into people’s hearts, just as Jesus did.

We do this sometimes. We meet someone and you think, “She is gorgeous, strikingly so!” But as we get to know her, we realize she is not nice. In fact, she is mean, dishonest and untrustworthy. A year or two later, if we hear someone refer to her as pretty, we are startled, because we realize that we don’t see her that way at all.

In the same way, we meet someone and initially think that he is quite ugly. But as we get to know him and see how kind and truly good he is, we look back and wonder, “Why did I think he was unattractive?”

I saw an old circus movie once that challenged this stereotype that pretty or handsome people are good and ugly people are bad. Freaks was made in 1932, and the director used actual circus performers for the movie. In that era, circuses weren’t like our current Cirque du Soleil, but included people with birth defects and strange genetic conditions—called “freaks”—who were put on display.

There are two normal people in the movie who are beautiful in every cultural way. She is young and slim, with blonde hair and nice teeth. He is tall, dark and handsome, and very muscular. Their appearances fit every stereotype of beauty. The rest of the cast is an unbelievable assortment of dwarves with hooked noses or irregular facial features, a man covered with hair and a man who was born with no arms or legs, among others.

The startling thing about the movie is that the people who would not be culturally considered beautiful are the ones who keep showing hospitality, love and kindness. The normal people turn out to be filled with meanness and hatred.

Freaks challenges our categories, making us ask, “What makes a person a freak?” It challenges us to look beyond skin deep and into people’s hearts. In a way it’s a challenge to all who worship at the pretty/ugly altar.

Your assignment this week
As Christians, we reject that pretty/ugly altar—or we should. Our bodies are created by God, who saw us in our mother’s wombs. Everyone is beautiful in God’s eyes, because every person is a temple. We all hold the breath that God has given us. We can spend our lives trying to fill our bodies more with God’s Spirit, or we can spend our lives working against that.

We can either seek God’s presence to fill us more and more, or we can go our own way and actively work to fill that temple with other things. What is beautiful, what is truly beautiful in God’s eyes, is whether we are drawing close to God’s heart.

After reading this, I want you to unmask the pretty/ugly altars all around you. As a follower of Jesus, refuse to judge people by their appearance. Instead, say to them, “I think you’re beautiful just the way God made you.”

The pretty/ugly altar can also be found in the mirrors in our own homes. When you look in the mirror, say, “My body is a gift from God. Thank you God for this body.”

Remember, we live in bodies, bodies that we have not chosen, but that were given to us as a gift and that can be filled with God’s Spirit. We have the power to reject the tyranny of the pretty/ugly altars of this world because we worship a Saviour who broke those altars down by treating every body as beautiful. 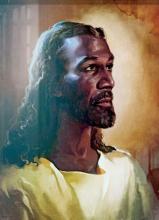 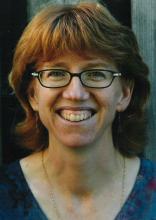