A bleak picture of organized religion 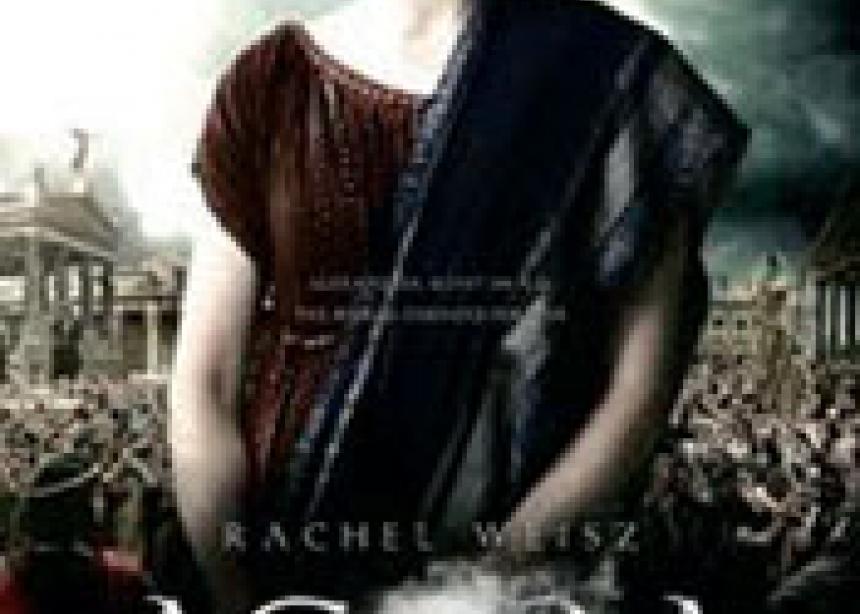 I watched them to the very end, but Richard Dawkins was not in Agora’s list of credits, but he might as well have been. An “evangelical” atheist, Dawkins is known for quipping about Christopher Hitchens’ book God is Not Great: How Religion Poisons Everything, suggesting that the main title had one word too many: “Great.” Dawkins and Hitchens both believe that humankind would be better off without religion, that God—or people who believe in God—have been behind much of the great evil in humankind’s history.

Enter the film Agora: In ancient times an agora was the open place of assembly, especially in Greek or Greek-influenced cities, where the exchange of ideas took place. In Acts 17, Paul is taken to the agora in Athens, called the Areopagus, to explain his religious and philosophical views, since “all the Athenians and the foreigners living there would spend their time in nothing but telling or hearing something new.”

Alexandria, Egypt, was a world-renowned centre of ideas and philosophy. Philosophy was not only about ideas, but about understanding the world and how it worked, much like our sciences today. In fourth-century A.D. Alexandria conflicts between the pagan philosophers of the library and the Christian church grew pointed. The main focus of Agora is Hypatia, a female philosopher who refuses to give in to pressure from the church. The movie portrays the slow climb to ascendancy in power by Cyril, later a saint and doctor of the early church. Although he was not involved in Hypatia’s eventual death, the movie portrays his views and influence as leading to it and the deaths of many other pagans, as well as most of the Jewish population of the city.

There is no redemptive violence in the movie, unless you count the easing of Hypatia’s death in the last scene as such. All religions practise violence, according to  Agora. None have hands clean from blood. As Cyril stirs up his followers to more and more violence, we are led to dislike him, making his sainthood an irony and a blot on the church.

The film presents us with a perspective held by many in our society: Organized religion is bad. To that end, this would be a useful film with which to begin a discussion of the disdain many hold for the church.

A word of caution: The violence is graphic and there is some nudity, but no sex. 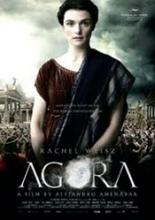