Bechtel Lecturer focuses on Mennonites in the Dutch Enlightenment 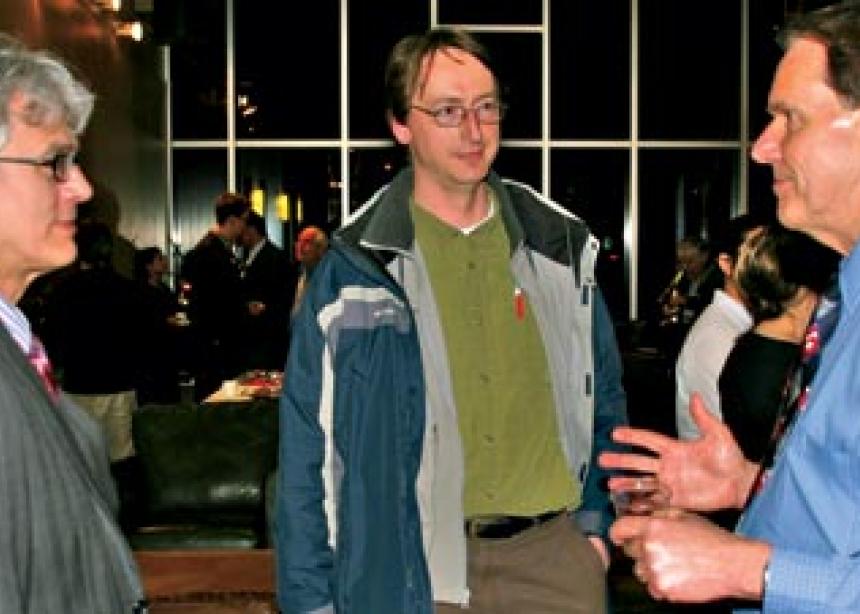 During his 2010 Bechtel Lecture presentations at Conrad Grebel University College, Ernst Hamm held that as 17th and 18th century Dutch Mennonites were involved in commerce, industry, trade and society in general, they were also involved in the explosion of creativity of the “Dutch Golden Age” and the beginning of the Enlightenment.

The York University science professor and a member of Toronto United Mennonite Church, Ont., noted that, since they would not take oaths they were not part of the official and institutional structures; even university professors were under oath to the government. But that did not stop these Dutch Mennonites from fitting into their society in every other way.

In densely argued presentations, with many examples from the period, Hamm held that not all the knowledge gained in the Enlightenment came from schools or other institutions. His second lecture, “Improving Mennonites in an age of revolution,” focused on the 18-century interactions of commerce, industry and politics, with improvements in methods, instruments and production. While disavowing the practice of name-dropping, Hamm did describe the relationship between Mennonites and such notables as Rembrandt, Descartes and Spinoza, all of whom were in contact with Dutch Mennonites although none of them joined the church.

Tom Yoder Neufeld, professor of religious studies and peace and conflict studies at Conrad Grebel, asked how Mennonites were able to negotiate the line between commercial success and non-acceptance in society into successful participation in their society, and whether modern Dutch Mennonites see this as a cautionary tale or a model to be emulated.

Hamm noted that after 1570 basic tolerance existed in most Dutch states. Mennonites could exist and have churches, but they needed to be discreet. Churches did not look like churches from the outside. While he would not see the 17th century Dutch as normative, or a model to be followed, he would see both cautions and positive examples in their behaviour, suggesting that this period has relevance for modern Mennonites struggling to fit into their culture.