The attraction of walking 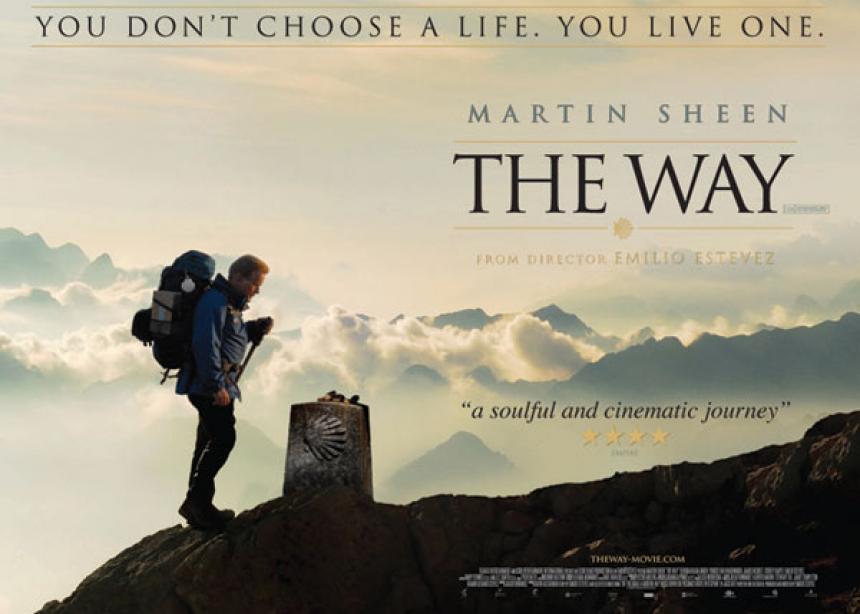 In 1985, around 2,500 people walked the Camino de Santiago, a medieval pilgrimage route in northern Spain. Ten years later, the number jumped tenfold. The year that I did it, 2005, there were 95,000 of us. The popularity of this endeavour is one thing, but more surprising is the fact that most pilgrims profess no religious faith or motivation. What is the attraction—besides bloodied blisters, painful tendonitis and crowded hostels?

A new film addresses this question. The Way was written and directed by Emilio Estevez and stars his father, Martin Sheen. Sheen plays a sixty-something doctor in California, Tom Avery, who is frustrated by his middle-aged son’s perpetual restlessness. Daniel never finished his education and is reluctant to settle down and get a job. He refuses to listen to his father’s objections: “You don’t choose a life, Dad; you live one.”

Not for long, it turns out. Daniel dies in a freak storm in the Pyrenees during his first day on the Camino. Tom learns the news on his cell phone while golfing with medical buddies. A widower, he flies to Europe to retrieve the body of his only child. While there, he recalls frustrations with his son, but suddenly decides to walk the pilgrimage in Daniel’s place. He has the body cremated and deposits bits of ashes along the way.

A lapsed Catholic who does not pray, Tom is an unlikely pilgrim. He has not trained physically, does not appreciate why anyone walks this route, and dislikes everyone he meets. Nevertheless, a loud Dutchman, Joost, who is walking to lose weight so that he can fit into his suit and to be more attractive to his wife, soon attaches himself to Tom. Sarah, a surly Canadian who is trying to quit chain smoking and is bitterly processing her divorce from an abusive husband, becomes part of the troupe. Finally, Jack, an Irish writer with writer’s block, rounds out the motley collection. Tom loathes all three middle-aged companions and complains about them, sometimes insultingly, to their faces. Gradually, and predictably, they all become friends.

One reason that I like this film is because so few depict the Camino de Santiago. The Way, however, is filmed on location and the scenery is often stunning.

I also enjoyed it because it often rings true to the Camino experience. Many pilgrim groups form spontaneously. A good part of this Camino pilgrimage involves long heartfelt conversations, lively and raucous meals, and serendipitous encounters with strangers.

Most importantly, The Way is part of an emerging genre of films that treats spirituality seriously and respectfully, in ways that even non-believers can appreciate. Other recent examples include Of Gods and Men and Into Great Silence.

As much as I appreciated the film, though, two important elements are missing:

But my experience on the Camino was different and the film contradicts itself. I have no trouble accepting that Tom, Joost, Sarah and Jack are not particularly religious; nevertheless, even they clearly experience transcendence. Jack refuses to visit churches because in Ireland the church caused so many problems that all such edifices are now “temples of tears.” Yet he is moved when he finally gets to the cathedral. As is Joost, who, for all his rowdy drinking and drug consumption, approaches the final destination on his knees.

Such images linger as I recall this lovely and movingly portrayed film. They remind me that if we Christians truly wish to engage the spiritual hunger so evident in our culture today, we, too, just might have to get off our duffs and walk on unconventional paths.

Arthur Boers holds the R.J. Bernardo Family Chair of Leadership at Tyndale Seminary, Toronto, Ont., and is the author of The Way is Made by Walking: A Pilgrimage Along the Camino de Santiago. 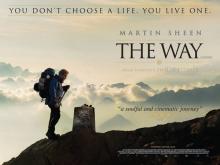 I enjoyed seeing The Way on the big screen. Having walked the Camino in 2008, this film mostly rang true for me. I was ready for adventure, and did not walk primarily for religious or spiritual reasons. Nonetheless, they exist and offer food for thought on The Way and afterwards. With respect to the statement that "religion has nothing to do with this", I understood that Tom's motivation was to understand his son and to honour his life and to spread his ashes. But it does clearly address the paradoxes of the Camino. Most people today do not walk it for religious reasons; some do for spiritual reasons (but all are seekers). Man's quest for meaning is alive and well on the Camino.
I recommend Boers's book, and also Walk In A Relaxed Manner by Joyce Rupp.