How ‘The Commitment’ came to be 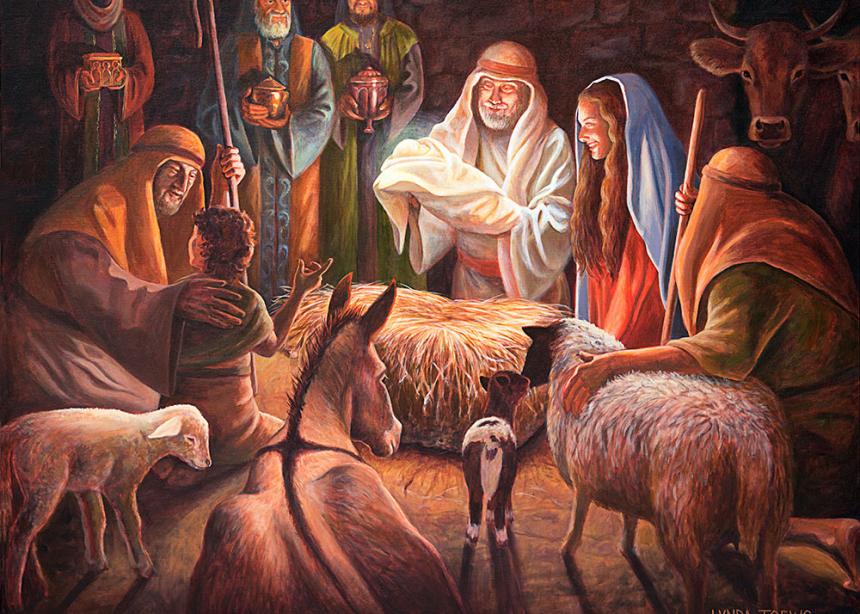 It all began in January 2014. My husband Gary and I started to research conventional nativity art and arrived at a new vision. We decided to focus attention on the very humble and usually invisible Joseph.

From then, the painting took three months to create, beginning with buying old sheets from Mennonite Central Committee for sewing some first-century costumes.

Since I paint from my own photographs, we then invited several members of our church, Grace Mennonite, Steinbach, Man., to pose for a photo wearing these costumes, and set a lamp in the middle of our living room to achieve the desired lighting effect.

Then I visited some nearby hobby farms to get the animal photos I needed.

After several weeks of painting, the image was finished! We gave it the title “The Commitment,” referring to Joseph’s commitment to raise a child that was not his own. Note that he is the one holding the baby Jesus. It also shows commitment between wife and husband, shepherd and flock, ewe and lamb, and, of course, God’s commitment to us.

The dorsal stripe on the donkey’s back forms the shape of a cross pointing up to baby Jesus, foreshadowing his ride into Jerusalem shortly before sacrificing himself for humanity.

Interestingly, the people who posed for the Wise Men were actually women whose faces I changed.

Gift cards featuring “The Commitment” can be ordered via e-mail at lrtoews2@gmail.com. 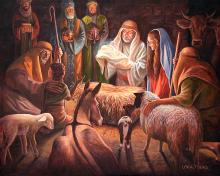 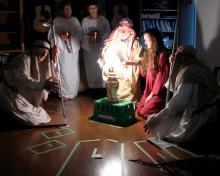 The artist invited members of her church to pose for a photo that would be the basis for the artwork. 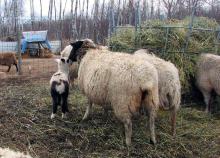 Photos of animals were used to create the nativity scene.