The Armageddon Factor: The Rise of Christian Nationalism in Canada 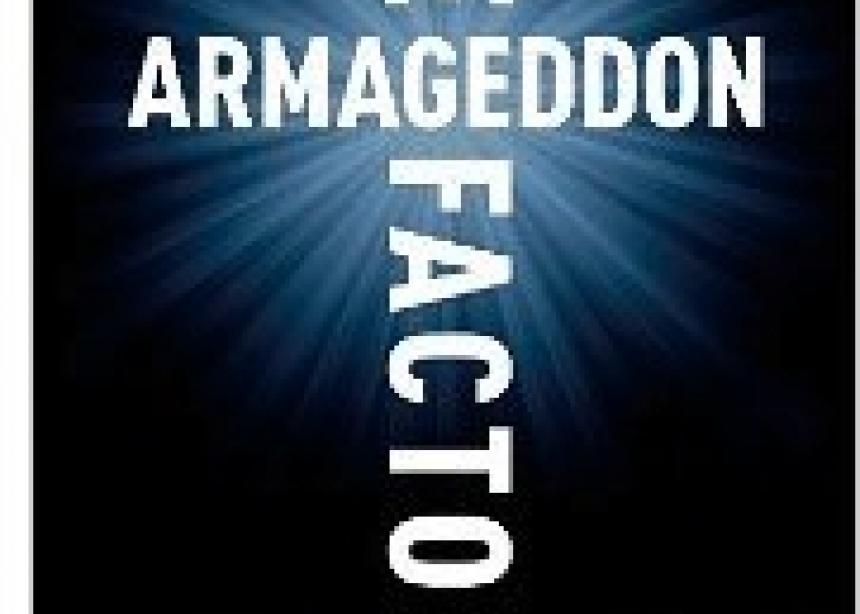 McDonald seems to make a convincing case for a U.S.-like Christian Right emerging and flourishing in Canada. Chapter 1 begins with a description of a day-long fast and prayerfest, called TheCRY, on parliament hill in the summer of 2008, patterned directly after a U.S. pro-life rally that drew fifty thousand Christian youth to the National Mall in Washington, D.C., only a week earlier. The agenda of TheCRY is “much broader and far more radical: nothing less than restructuring Canada as a devoutly Christian nation governed by biblical literalists according to principles selectively plucked from the Old and New Testaments” (p.15).

Chapter 1 also highlights the political careers of evangelicals Preston Manning, Stockwell Day, and Stephen Harper, who was elected prime minister of Canada in January of 2006, and who capped off his victory speech with a three word closing, “God bless Canada,” the equivalent of a televised thank-you to evangelical Christians who played a key role in electing him to office (pp. 17, 19).

The chapters that follow provide a careful description of various organizations of the Christian Right, some of quite recent origin.  The Evangelical Fellowship of Canada has been actively lobbying government for many years over a variety of issues of concern to Christians. Charles McVety’s Canada Family Action Coalition is a grassroots Christian lobby devoted particularly to fighting against pornography, homosexuality and same-sex marriage (pp.65ff). Located three blocks from the Parliament Buildings is the Institute of Marriage and Family Canada, a think tank which is part of the Colorado-based empire of James Dobson, who has supported its Canadian branch to the tune of $1.6 million over four years (pp.85-6).

Chapter 3 is devoted to describing the work of Preston Manning’s Centre for Building Democracy, launched in Ottawa in the spring of 2006.  The aim of this center is to help train politicians, using a strategy advocated by Jesus, “Be wise as serpents and harmless as doves” – in other words, be “shrewd” (p. 108).  Then there is the work of Rob and Fran Parker’s National House of Prayer (ch. 4). Chapter 5 describes Ron Luce’s Texas Ministry, Teen Mania, a multi-million dollar operation, devoted to mobilizing teens to get politically active, and now expanding as a Canadian operation, headed by a fiery crusader Faytene Kryskow, who sees herself as a modern-day Joan of Arc (p. 149).

Two additional chapters (6 &7) are devoted to education, another key contributor to the growth of the Christian Right in Canada, according to McDonald.  Christian schools, home-schooling, Christian colleges and universities, and specialized schools training future government workers all come under critical scrutiny.  Trinity Western University opened its Laurentian Leadership Centre in Ottawa in 2002, where political internships on Parliament Hill are part of the training program.  Of course, this is described as an evangelical conspiracy to shape Canadian politics.

McDonald isn’t finished yet!  Chapter 8 focuses on the rise of Christian media in Canada.  Chapter 9 documents Harper’s attempts to redress many years of Liberals “stacking the bench with left-wing ideologues” (p. 278).  The Christian Legal Society also has become more active in fighting right-wing battles (pp.285ff). Chapter 10 focuses specifically on “The Armageddon Factor,” and shows how the dispensational theology of the Christian Right has led to unqualified support for the state of Israel.

The final chapter documents yet more Christian Right organizations (the Canadian Constitution Foundation and the Association for Reformed Political Action), providing further evidence that the Christian Right is “Here to Stay.”  Indeed, even the Liberal party is courting the evangelical vote, though perhaps appealing more to the evangelical left, as McDonald notes (p. 351).  However, overall, the center of gravity of politics in Canada has shifted noticeably to the right (p.353).

While these chapters make for a fascinating read, I do have some concerns.  The language is often strident and McDonald’s strong antipathy for evangelicals and for Stephen Harper sometimes skews her analysis.  There are factual errors. These chapters carry the feel of conspiracy theorizing, and often appeal to guilt by association. Motivations of people are constantly called into question.  Some of the examples used to illustrate the evils of the Christian Right are obviously selectively chosen and can be easily undermined by providing counter-examples.

Some important questions need to be raised here.  Why shouldn’t the Christian Right seek to influence Canadian politics?  After all evangelical Christians are citizens of Canada.  Surely they have every right to vote, to be engaged in politics, and even to influence politicians. Further, what exactly is wrong with the Christian Right? There are many Christians, including Mennonites, who are very quick to condemn the Christian Right as dangerous, but who, like McDonald fail to justify this assessment.  After all, there are some aspects of the Christian right that every Christian should support. Morality matters.  There are some moral standards that need to be upheld within a society. Moral relativism is wrongheaded, and when too widespread, will lead to the decline of the health and stability of a society. There is abundant historical evidence to support these claims.

What about the more controversial issues such as abortion, homosexuality and gay marriage?  Clearly not all people, including McDonald, agree with the Christian Right’s assessment of these controversial issues. What do we do about this? What should not be done is to label as fools, meddlers, or fanatics, anyone who does not hold a liberal position on these matters.

Disagreements about such matters need to be treated with respect within a liberal democracy.  This is at the heart of liberalism. What McDonald fails to realize is that liberalism can itself become illiberal.  There is such a thing as liberal fundamentalism, and McDonald’s book is a sad example of the same.  Liberal fundamentalism can be as dangerous as conservative fundamentalism.

There is also the question as to whether Christians should even be involved in lobbying government.  James Davison-Hunter bemoans the fact that the Christian Right and the Christian Left have succumbed to the error of thinking that politics is the key to changing the world.  We should instead be committed simply to being a faithful presence in this world, argues Davison-Hunter (To Change the World, OUP, 2010).

I agree, and perhaps this is why I sort of liked McDonald’s giving the Christian Right a beating.  But, let’s make sure that we are civil and fair in doing so.

Elmer J. Thiessen (B.Th., B.A., M.A., Ph.D.) has recently taken early retirement after having taught philosophy and religious studies at Medicine Hat College (Alberta, Canada) for over 30 years and is presently Research Professor of Education at Tyndale University College, Toronto.  He is an active member of Waterloo North Mennonite Church. 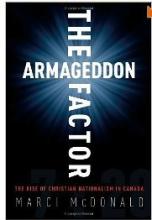 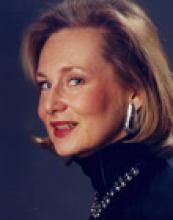 Despite the polarizing rhetoric that's flowing in the media and on the Internet, McDonald never actually says in her book that evangelicals and other religious conservatives aren't free to pursue their political goals in a democratic country. --Douglas Todd, Vancouver Sun