“The congress has been a feast of networking and fellowship for the global church. I’ve been in a number of global church gatherings, but none as well-balanced as this,” says Richard Showalter 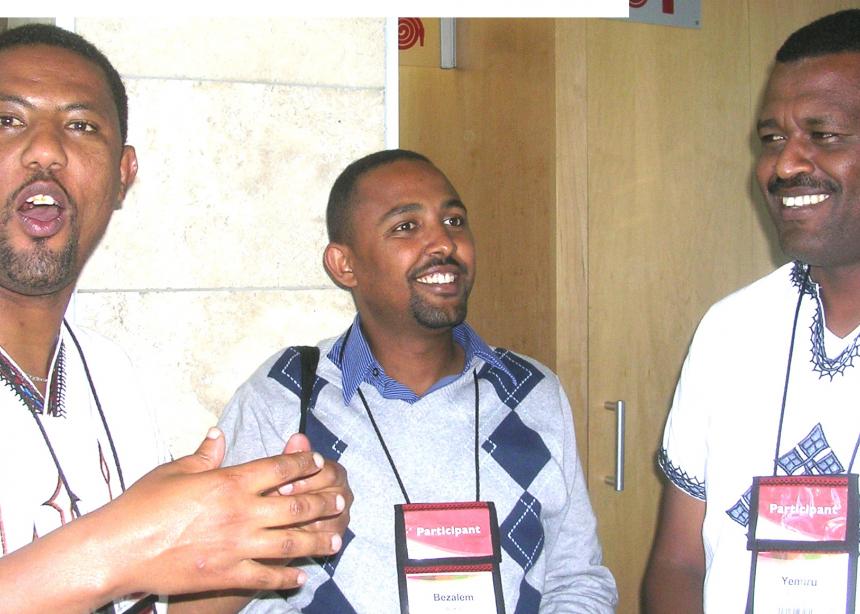 At least 30 mission and church leaders represented Anabaptist-related communities at the Third Lausanne Congress on World Evangelization here, October 17 to 24. The gathering, which attracted 4,000 mission leaders, pastors, and academics from 198 countries, grew out of the “Lausanne Movement” that followed the first congress in Switzerland, in1974.

According to Richard Showalter, chair of Mennonite World Conference’s Mission Commission, organizers billed the event as possibly the “most representative event in church history,” and the “first event of its kind in the digital age.”

“The congress has been a feast of networking and fellowship for the global church. I’ve been in a number of global church gatherings, but none as well-balanced as this,” Showalter said, referring to both the content of the conference and the ethnic representation.

Delegates listened to international speakers, studied the epistle of Ephesians in plenary lectures and small groups, attended workshops, and compared notes on mission strategy and practices in an increasingly pluralistic and technologically sophisticated world.

Anabaptist participants, said Showalter, were gratified by the attention the congress gave to themes that Anabaptists often emphasize. “Much more than the first two Lausanne congresses, significant attention has been given to such topics as reconciliation, integrity, simplicity, and justice,” he said.

The “Cape Town Commitment,” shaped by Lausanne leaders before and during the congress, declared:  “God commands us to reflect his own character though compassionate care for the needy, and to demonstrate the values and the power of the kingdom of God in striving for justice and peace and in caring for God’s creation.”

Showalter also said that the focus on evangelization was embedded in theological and strategic reflection on the nature and the unity of the church. “Lausanne appears to be getting more ‘churchly’ as the years pass,” he noted.

Two days before the end of the conference, 22 of the Mennonite or Brethren in Christ delegates attended an Anabaptist noontime huddle. Most had received a significant boost for their mission activities back home

Tewodros Beyene, chair of Ethiopia’s Meserete Kristos Church, was inspired by Lausanne’s historic emphasis on evangelizing groups untouched by the gospel. “Reaching the unreached, whether rural or urban, should be the focus of the church,” he said.  Manjoula Roul, a Brethren in Christ leader from India said, “I have been made strong in my faith and calling.”

One theme that emerged in the sharing was the suffering church. “It was awesome to hear first-hand testimonies of the plight of Christians striving to minister the gospel in the Middle East, India, and China,” said Barbara Nkala, an elder in the Brethren in Christ Church of Zimbabwe.

Stanley Green, a native South African and mission leader in Mennonite Church USA, was impressed by the ethnic diversity evident at the congress. “More than any other global gathering I’ve participated in during the last few decades, the 3rd Lausanne congress bore witness to the changed demographic where the south and the north, the east and the west, were present in numbers that reflect the church’s presence in those parts of the world,” he said.

As the congress ended, Showalter noted how the 16th century European believer’s church was foundational to the emergence of the missionary movement of the past 300 years. “The Lausanne movement is deeply indebted to the suffering faith of the Anabaptist movement.”

The congress, like other gatherings of the global church in 2010, is particularly significant for the work of the new commissions of MWC, said Showalter. "One hundred years ago, mission was considered to be at the periphery of Christian theology and it was often marginalized in the churches. Today it is front and center. Cape town 2010 both confirmed and illustrated this movement."

For more background on the congress, visit http://www.lausanne.org/news-releases/