The alternative method of God 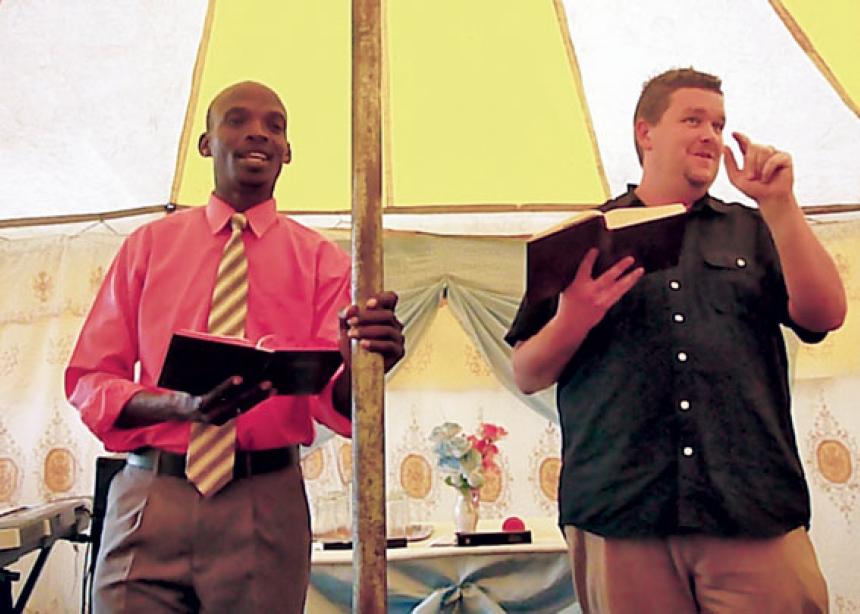 One thing that I find so inspiring in South Africa is the countless people who participate in miraculous activities as they strive to make their communities better.

In working for the Anabaptist Network in South Africa, my wife and I have the honour of meeting different people all around the country and listening to the different ways these normal people do extraordinary things. They often risk their own comfort, well-being and security in order to help others. They demonstrate daily an alternative way of being that seeks the welfare of someone else over their own, that serves others rather than themselves, and that strives toward peace and justice, not just for themselves but for everyone. It is a different way of living.

I call this a different way of living or being because we in the West are regularly encouraged to focus on ourselves, our own well-being and happiness, rather than on someone else. We see this regularly portrayed in TV commercials in which happiness and success are depicted as getting the keys to the car we always wanted or growing our business in order to afford the luxurious life in an imaginary land where bigger is better, success means power, power means influence, and influence means progress. The focus is on securing our own success, power and influence.

A different story
Throughout the Bible, however, God embodies—and asks us to embody—a different method, one that challenges the assumption that success, power and influence are gained by focusing on us. In fact, God’s method often turns these assumptions upside-down.

In I Samuel 16:1-13, Samuel is instructed by the Lord to go to the house of Jesse because God has chosen a king from among Jesse’s sons. Although Samuel is scared that King Saul, who has been rejected by God and is to be replaced, will retaliate, he goes to find this king that God has chosen from within Jesse’s household. Jesse, although not sure whether Samuel comes in peace, welcomes Samuel into his home. The purpose of Samuel’s visit, it is made clear, is to find the one whom God has chosen as the next king and then to anoint him.

Jesse begins by bringing the one who would be the most obvious choice, his eldest son who is presumably a tall, handsome young male, a description that is strikingly similar to that of Saul a few chapters before. Samuel is told, however, not to look at the young man’s appearance, as the Lord has rejected him. The Lord is moving away from the Saul archetype.

Samuel asks Jesse whether these sons are all that he has? Jesse admits that there is one more: David, the youngest son who is tending a flock of sheep. This is the one, God tells Samuel: “Arise, anoint him; for this is the one!” (I Samuel 16:12).

It’s important to pay attention to this act of anointing, for there is a lot of meaning in the ritual. Being anointed can serve as a sign of being set aside for a divinely chosen task, or it can also mark a transition in status. David was actually anointed three times in his life:

In Israel, the act of anointing was first and foremost a royal rite, an act of being anointed as king. The king was the anointed one, or messiah. This is what “messiah” literally means: “the anointed one.”

Through the act of anointing by Samuel, David has been set aside for a divinely appointed task. A transition in his status has been marked, and his anointing serves as a foreshadowing of the time when he will become king. In having Samuel anoint David, God turns common sense and logic upside-down. We see a glimpse of God’s alternative method.

Jesus’ alternative method
John 9:1-34 reveals another example of God’s alternative method. In this story Jesus heals a man who was born blind. It begins with a theological question: Who was it that sinned that made this beggar blind, him or his parents? The answer: Neither.

Jesus declares that he was born blind so that “the works of God should be revealed in him.” Without being asked, Jesus, of his own volition, then heals this blind man. The act is significant, in that it demonstrates Jesus’ concern about the physical well-being of others.

The way Jesus heals the man is also quite interesting. Jesus makes clay from dirt and his saliva, and anoints the eyes of the blind man. The creation of this clay is most often interpreted as a way of preparing medicine, as it was believed at this time that saliva had medicinal properties. It is this act of creating medicine that breaks the Sabbath law. It is because of this act that the Pharisees sought to punish Jesus.

This act, however, serves a dual purpose. The anointing of the man’s eyes could also be seen as setting this man aside for a divinely appointed task. In response to being healed, this formerly blind man challenges the Pharisees, the ones who are in power, that their interpretation of the law and their understanding of the identity of Jesus are incorrect. This act of rebellion gets the beggar thrown out of the synagogue, a serious thing for a Jew whose centre of community life was the synagogue.

The challenge
This story raises some questions for us:

These are challenging questions that can cause us to think and revisit how we participate in God’s alternative methods. My hope is that we can be challenged by them as we continue to wrestle with how to walk faithfully as children of the one true light and as witnesses to this alternative way of being—in which the powers have been overcome by the cross, not the sword; the poor are the ones who are blessed; we heed the calling to serve others, rather than to rule over them; and peace shall reign, not war.

1. Andrew Suderman says he is inspired by the values of South Africans who work not for themselves, but for others. Have you experienced other cultures, families or settings where attitudes are different from what you are used to? Do you agree with Suderman that we are taught to pursue success, power and influence?

2. Can you think of biblical examples where God acted in unexpected ways (other than choosing the shepherd David as the next king)? How have you seen God work in surprising ways in your church, community or family? Why do you think God uses “alternative methods” that seem to defy logic?

3. Do you agree with Suderman that sometimes a faithful response can appear ineffective? Why do we assume that it is so important to be effective?

4. Is marching in the street a legitimate countercultural activity? Can demonstrations challenge society’s views or bring change? Under what conditions would you march in the street? 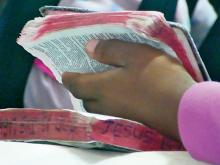 Throughout the Bible, God embodies--and challenges us to embody--a method that challenges the assumption that success, power and influence are gained by focusing on us. (Photo courtesy of Andrew Suderman) 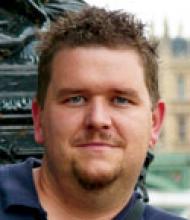