All ‘church’ is local 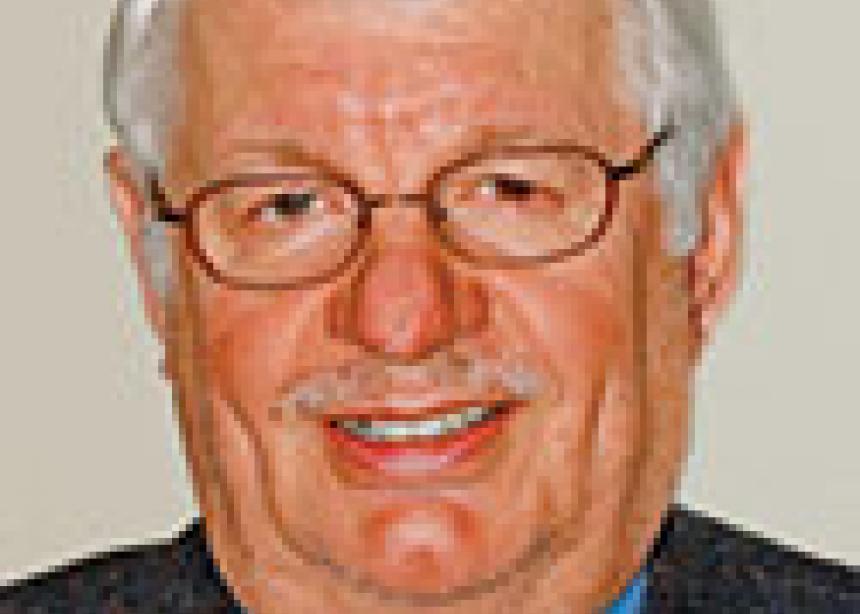 “All politics is local,” is one of the enduring lines of political wisdom uttered by the salty, outspoken U.S. congressman from Massachusetts, the late Tip O’Neill, nearly three decades ago—a line that seems to be gaining momentum in the 21st century. And it applies to more than politics.

The same wisdom seems to be prescient for the religious community as well, our Anabaptist Mennonite one included. With institutional loyalty waning, the role of denominations is rapidly changing. Where they used to issue edicts, and articulate doctrinal or confessional statements that were the guiding lights of the local congregation, they are now setting up “frameworks for discussion and discernment” that defer to the local congregation for decision-making.

Mennonite Church Canada is completing its Being a Faithful Church process that, in a final phase, is focusing on human sexuality. Rather than issue a statement on this matter from the top down, it is gathering reports from congregations who have “discerned” at the local level. This is practising one of our core Anabaptist beliefs which, established when our forefathers broke with the state church in the 16th century, put the authority of the church with the “gathered community of believers,” rather than with some papal authority in distant Rome.

Willard Metzger, executive director of MC Canada, puts it this way: “The Holy Spirit is dismantling the church as we know it.” If he is referring to the hierarchical structure of the church as we have known it, yes, that is happening as we develop a stronger sense of how our faith is put into daily practice. We would hope the church is not being dismantled—only showing up in a different form. But we do appreciate, and affirm, the spiritual sensibilities of our denominational leader.

The move from central to local is manifesting itself on many different fronts. In our main feature on current developments in Ukraine, writer William Yoder reminds us in the West that the response to the crisis there is best made by the local religious parties, such as the All-Ukrainian Union of Associations of Evangelical Christians-Baptists, rather than hear opinions/advice from us so far removed from the scene. Our role is to hold them up in prayer for their “peacemaker role.”

Out of the final hearings of the Truth and Reconciliation Commission held in Edmonton comes the stinging recognition that we need to pay much closer attention to the spirituality and narrative of our indigenous neighbours and fellow church members, rather than continue to believe we, of European Mennonite stock, somehow have a superior faith to offer. We now have the opportunity to embrace them warmly and with a yearning to learn from them, rather than the other way around. We have begun to pay attention to “local.”

With the population of our worldwide Mennonite communion shifting to the Global South comes the challenge of Cesar Garcia, Mennonite World Conference’s general secretary, for all multicultural mission team members to take a “vow of poverty” so that they can more readily identify with the poor around the world, especially those coming from more affluent Global North.

“Some attempts at a cooperative model between North American agencies and South agencies have failed because of huge financial disparities among members of the same team,” he notes. “An Anabaptist emphasis on simplicity as a requirement for each [team] member, regardless of country of origin, could help us to avoid many problems.”

That is paying more attention to “local,” and adjusting our policies accordingly.

And it is happening in the world of communication, especially in social media. In the days before the Internet made us a worldwide community, there were only a few sources of information—major newspapers and broadcast networks—from one to many. Now, paradoxically, we are “many to many,” where information and opinion are not created in major centres of information, but now flow from many sources, some reliable, many not.

But the local—Facebook and Twitter friends, Instagram and Snapchat groups—have taken on far more prominence in our lives than the gathering and socializing around major centres and locations. Even the attraction of the mega-church, so prominent in the late 20th century, is on the wane.

Back to the invitational words of Jesus: “Where two or three are gathered in my name, there am I in their midst” (Matthew 18:20). Now, that’s local!