May 4, 2011 | Feature
Will Braun | Columnist for Canadian Mennonite
Winnipeg 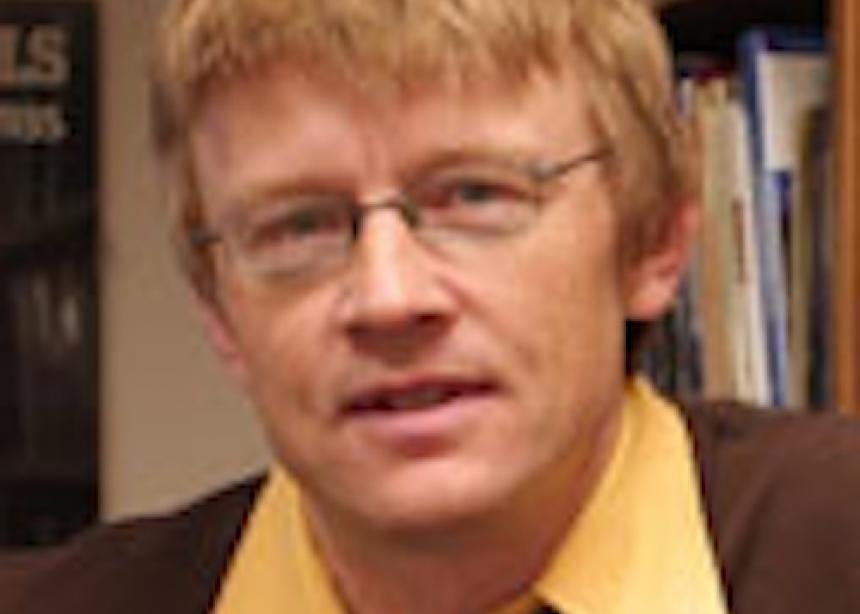 On the surface, the story is simple and satisfying: The good guys got bin Laden. Justice has been done. The fight against the forces of evil will continue.

This is the underlying plot that western leaders have used to speak about the U.S. strike on Osama bin Laden. But some religious leaders warn against over-simplifying the script.

"One of the tragedies of the events of the last 10 years [since 9/11] is how we, especially in North America, have given in to a much more black and white way of looking at the world," says Chris Huebner, a theology professor at Canadian Mennonite University in Winnipeg. Though Huebner says anyone responsible for the attacks of 9/11 is indeed a "wicked" person, he does not believe it is helpful to understand the situation in terms of "good guys and bad guys."

"What if it's more complicated than that?" he asks.

As Huebner knows, anyone who raises such questions is in danger of being lumped in with the bad guys – that's part of the over-simplification – but the questions around bin Laden's death are hard to avoid. Did that Navy SEAL bullet make the world safer? Is peace closer?

The answers are not obvious.

Some of the complexity of the situation is captured in the question that quickly surfaced on blogs, particularly religious ones: what is an appropriate response to bin Laden's death? If addressing the evil of terrorists is as simple as killing them, then Americans should rejoice openly.

Indeed, some of them are. Sarah Palin said Americans are "united in celebration." Former U.S. presidential candidate Mike Huckabee went further. “It is unusual to celebrate a death," the Associated Press reported him as saying, "but today Americans and decent people the world over cheer the news that madman, murderer and terrorist Osama Bin Laden is dead.”

At least one commentator had trouble figuring out how to respond. At first, David Brody, a senior correspondent for Pat Robertson's right-wing Christian Broadcasting Network, criticized Obama for not "showing a little joy" in what was a measured speech by the president on Sunday night. Then, in a later blog post, Brody corrected himself, crediting Obama for doing what is instructed in Proverbs 24:17: "Do not gloat when your enemy falls; when he stumbles, do not let your heart rejoice."

The flip-flop is understandable. There is something in each of us that finds satisfaction in a simple solution to evil. We want to see consequences for evil actions and a solution with the finality of death holds particular appeal. This gut-level desire for retribution stands in tension with a decency within us that knows death is not something to gloat over. It also stands in tension with religious teachings of compassion, forgiveness, and love for enemies, all of which are far more complicated than simply eliminating the bad guy.

Rev. Dr. Karen Hamilton, who heads the Canadian Council of Churches, emphasizes the need to reflect on the complexities of the so-called war on terror. "We have simplified complex issues," she says.

Speaking personally, she says when she heard of bin Laden's death she felt"sadness for the state of the world." Lamenting the ongoing violence in the world, she sees no simple solutions. Rather, she believes people of faith need to continue talking together about the basic questions of how to love our neighbours and how to make the world a more peaceful place. "The answers are going to be complicated," she says.

It is clear that addressing the evils that bin Laden and al-Qaeda have come to symbolize will not be as simple as pointing a finger, or a gun, at a lone villain in a fortified compound on the other side of the world. The late Russian novelist and Nobel laureate Alexander Solzhenitsyn said that such fingers are best pointed within. "The line separating good and evil passes not through states, nor between classes, nor between political parties either," he wrote, "but right through every human heart."

The Vatican likewise called on Christians to look within. In a statement responding to bin Laden's death, it said "each person" should reflect on the responsibility to seek the "growth of peace and not of hatred." The statement echoes words of Martin Luther King Jr. which have been making their way through the blogosphere since Sunday: "Hate cannot drive out hate; only love can do that."

However removed these lines may seem from the blunt reality of suicide bombers or the war against Taliban insurgents, they raise the unavoidable question of how to reduce the cycle of hate that lies behind the terror we seek to end. They challenge us to consider a plot line that is less about good guys fighting bad guys than a cycle of animosity that must be broken.

Will Braun is a Winnipeg writer. He can be reached at wbraun@inbox.com. 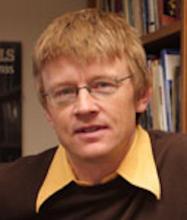