Aid for East Africa Too Slow 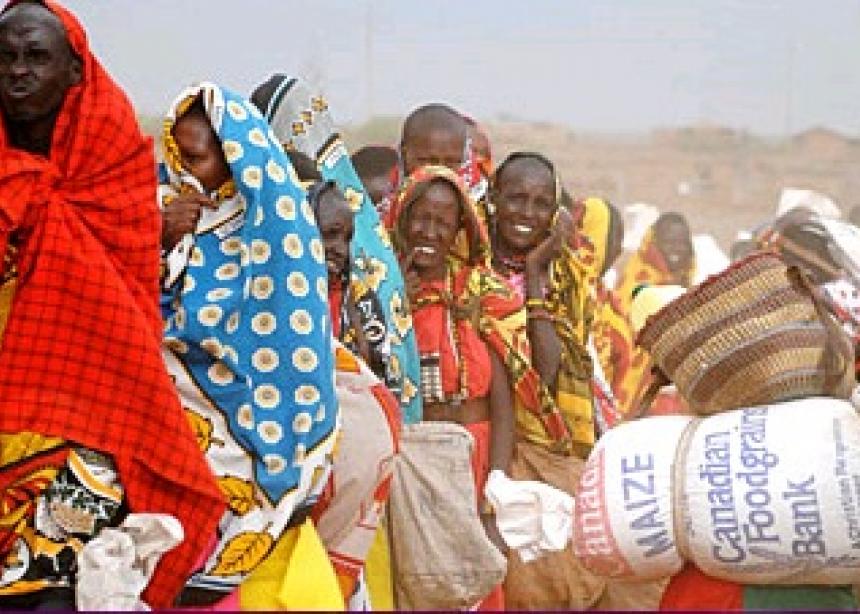 The US government says 29,000 children under five years old died between May and July 2011, according to a BBC report.

Was aid for people suffering from drought in East Africa too slow?

According to the report, prepared by Oxfam and Save Children, most rich donor nations waited until the crisis in Ethiopia, Somalia and Kenya was in full swing last summer before donating a substantial amount of money.

A food shortage was predicted as early as August, 2010, the report notes, but most donors did not respond until famine was declared in parts of Somalia in July, 2011.

While critical of the way western countries responded, the report also says that aid agencies were too slow to scale up their response.

“We all bear responsibility for this dangerous delay that cost lives in East Africa and need to learn the lessons of the late response,” said Oxfam Great Britain Executive Director Barbara Stocking.

“We all knew that a crisis was looming a year before it happened,” he says. “We geared up as fast as we could, but I wish it could have been quicker.”

By the time the crisis hit the media in summer, last year, the Foodgrains Bank had already committed over $3 million to the emergency.

“We wish we could have done more,” Hillier says, adding that the organization has been exploring ways to respond more quickly the next time a disaster looms.

“The partners that aid groups like the Foodgrains Bank work with in the developing world usually have their hands full doing other work,” he says. “It’s difficult for them to drop what they are doing and begin an emergency response.”

Plus, he adds, they often have limited capacity to add new projects.

“We can’t just give them a million dollars and ask them to start feeding people—it would overwhelm them,” he says.

Another factor affecting the timing of an aid response is the effect of food shipments on local farmers.

On the other hand, “you don’t want to be too late, either . . . it’s complicated to know the best time to help. Knowing when to provide food is not an exact science.”

Other factors affecting aid responses include whether or not the country facing the emergency acknowledges the crisis. “Sometimes you have to wait for a country to declare a crisis before you can respond,” Yohanis says.

Then there’s the matter of where the money will come from for a major food response.

“Aid agencies might know months ahead of time that a crisis is coming, but if there’s no media coverage, it’s hard to get the public’s attention,” says John Longhurst, who directs the Foodgrains Bank’s communications and fundraising efforts.

“Money typically only begins to stream in when terrible images of suffering are on the TV news and in the newspaper,” he says.

The Foodgrains Bank is in a better position than many agencies, since it has reserves of funds for emergencies. “But these reserves aren’t infinite—we need additional donations to respond to crises like in East Africa,” Longhurst notes.

For Hillier, it all adds up to needing to take time to find new ways to be more proactive when a crisis is on the horizon.

“We are conducting an evaluation to see what steps we can take to speed up our responses,” he says.

The US government says 29,000 children under five years old died between May and July 2011, according to a BBC report.