Deprecated function: Function create_function() is deprecated in eval() (line 1 of /home/canadianmenno/public_html/modules/php/php.module(80) : eval()'d code).
September 14, 2010 | God at work in the Church | Number 18
By Will Braun | Special to Canadian Mennonite 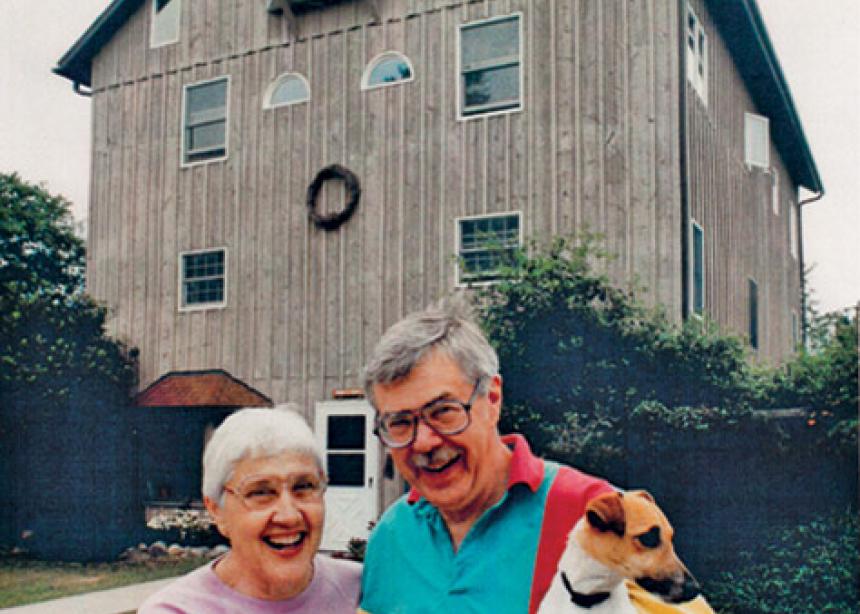 Technically, there is no such thing as a Mennonite monk. But if you travel to a remodelled century-old barn in the rolling countryside of southern Michigan, you will find some decidedly monk-like Mennonites. At the Hermitage—a Mennonite-run spiritual retreat centre—directors David and Naomi Wenger welcome pilgrims to a setting of quiet, stillness and prayer.

Meals are eaten in silence, prayer services follow a Taize-like liturgical form, and the library includes Mennonite stalwarts next to monastic classics. While there are no long robes or bells to mark prayer times, the rhythms and ambiance of the Hermitage are much like those of a monastery or convent: Everything is oriented towards prayer and attentiveness to God.

The tranquil Hermitage setting changed somewhat on the weekend of Aug. 6-8, when about 70 people gathered for the centre’s 25th anniversary celebration.

The events began with a day-long retreat led by Father Eric Haarer. As a Mennonite young adult, Haarer helped turn the old timber-frame barn into a guest house back in the 1980s. Influenced in part by his time at the Hermitage, and by the people connected to it, Haarer eventually became a Catholic monk. He is one of many examples of how the Hermitage both shapes people’s lives and how it creates a fruitful confluence of Catholic and Anabaptist worlds.

Also present at the anniversary were Gene and Mary Herr. They are the people who bought the barn and the surrounding 26 hectares of rolling meadow and forest in the mid-1980s with a vision of transforming it into a place of prayer. The Herrs had worked in pastoral and other ministries throughout the U.S. since they met while doing Mennonite Voluntary Service in Chicago in the 1950s.

According to a history prepared for the Hermitage anniversary, the Herrs had “experienced few places where pastors could replenish their energies.” Out of this grew their vision to “begin a retreat centre where pastors could come for silence, prayer and renewal.”

“What makes the story of the Hermitage so remarkable,” Marlene Kropf wrote in an e-mail, “is the faith and vision of a very small but tenacious group of people who heard the cry for an authentically Anabaptist expression of contemplative spirituality, and then nurtured it among the pastors, leaders, missionaries, service workers and others who came for rest, renewal and spiritual companioning.”

Kropf, who is a professor at Associated Mennonite Biblical Seminary, Elkhart, Ind., and an outgoing minister of worship with Mennonite Church U.S.A., says the Hermitage has “thrived” as the church has awakened to the “potent yeast of contemplative prayer.”

Of the roughly 600 guests who visit the Hermitage annually, some come for part of a day, others for several days, and some for longer. Some come regularly, others not. Many are Mennonite—the Goshen-Elkhart area is about 50 minutes to the south—while many are not.

At the Hermitage, silence is not a rule, but a permission. Guests are provided space for themselves, without the need to engage in small talk. It is one way of limiting distraction and increasing attentiveness to God.

In the history booklet prepared for the anniversary, Gene Herr sums up what the Hermitage has sought to offer guests: “a place of quiet and simple beauty . . . the gift of privacy, a desk, a relaxing chair, a firm mattress and a faithful guide.”

The Herrs retired to Newton, Kan., in 2001, and the Wengers took over.

While Mennonite conferences took many years to formally recognize the value of the ministry, the Hermitage is now “endorsed” by the Indiana-Michigan Conference of MC U.S.A. But financially it relies entirely on individual donations.

Kropf says church conferences “have been slow to provide organizational support and financial backing for spiritual formation training programs.” She suggests congregations might benefit if spiritual formation was brought “closer to the centre of church structures,” rather than being relegated to “para-church status.” With or without official backing, the Hermitage “has served a central anchoring role in the Mennonite church,” Kropf says.

Mary Herr hopes the church will anchor itself evermore in the form of spirituality embodied at the Hermitage. “I pray,” she writes, “[that] the legacy of prayer, silence, listening and being bathed and ‘gentled’ into God’s presence . . . will become a tradition that Mennonites will continue to embrace.”

Will Braun is a Winnipeg writer who did two three-month working retreats at the Hermitage in the 1990s. He can be reached at wbraun@inbox.com. Visit the Hermitage online at hermitagecommunity.org. 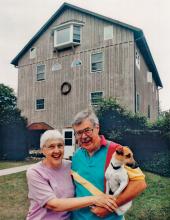