‘Healing and hope’ from a distance

Healing and Hope for the Nations.
By Heidi Wagler. Self-produced, 2010. 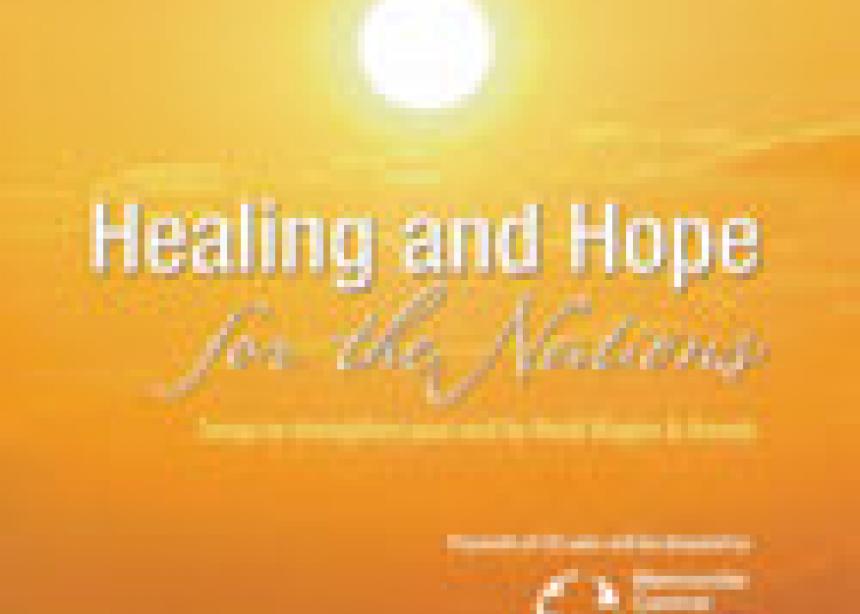 Heidi Wagler, a registered nurse, and her husband Brian were all set to travel to Haiti with a medical team in February when the devastating earthquake there threw a wrench into their plans. With the increased need and danger, Brian, who is not a medical professional (but works for Mennonite Savings and Credit Union), was not allowed to travel there because of the emergency.

This made for a difficult situation for Wagler, as her husband had been key to her plans and emotional support. From the ashes of her decision not to travel came the hope of doing something to promote healing and hope in Haiti and other places—from her home in Tavistock.

A visit with Dan Driedger of Mennonite Central Committee (MCC) Ontario, who was bowled over with Wagler’s energy and enthusiasm, set an inspirational music project in motion, resulting in the Sept. 26 release of the CD Healing and Hope for the Nations: Songs to Strengthen Your Soul by Heidi Wagler and Friends.

The release party at the local Tavistock recreation centre included a pulled pork lunch followed by children’s activities, a youth coffee house, several performances and two inspirational speakers: Judy (Metzger) Gerber is a quadriplegic, the result of a car accident in the late 1980s; and Susan Minns, an inspirational Christian humorist, lives with the results of cancer and multiple sclerosis. Wagler shared that she has struggled with depression.

The 15-song CD was produced at Charlene (Chuckie) Zehr’s home studio. It includes instrumentals and various groups of Wagler’s family, friends and fellow congregants at East Zorra Mennonite Church, Tavistock. The tracks mostly focus on hope and healing expressed in traditional hymns. A hidden blues/gospel gem is “Humble Me,” written and sung by Zehr backed by a trio of Linda Holst, Brenda Wagler and Shirley Yantzi.

Although the songs are mostly performed by amateurs, the hope and joy of living life in Christ shines through on song after song, and was visible in the energy with which various groups performed at the release party.

CDs are available by e-mailing Wagler at bhwagler@rogers.com, at Mennonite Savings and Credit Union branches and at MCC Ontario’s Kitchener office. All proceeds go to MCC Ontario for relief work around the world. 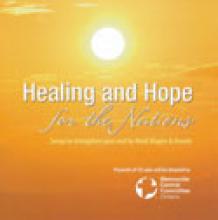