Advocating for change so women can flourish

‘On International Women’s Day, let’s work together to remove the barriers women face’ 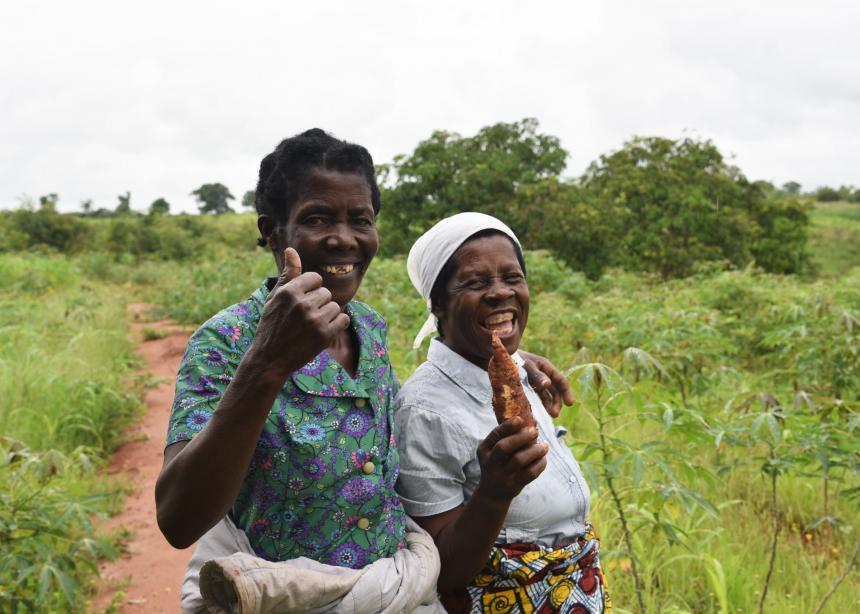 'When women flourish... We all win,' Carol Thiessen writes. (Photo by Shaylyn McMahon)

There’s a meme making the rounds on social media lately that I find telling. It depicts three women and three men lined up for a race. Everything looks equal at the starting line.

But look up and the women’s lanes are strewn with obstacles: a wash line, ironing board, stove and so on.

The cartoon tells a story that resonates with the experiences of many women I’ve met, particularly women farmers in developing countries.

Women have less access to farmland than men—and their land tends to be smaller than men’s land holdings. They’re less likely to own livestock, or be able to find labour to work their fields. They lack access to savings, credit and insurance, making it hard to invest in their farms. They often haven’t had the opportunity for good formal education. And farm training sessions are often targeted towards male farmers.

On top of their daily farming work, women carry the burden of care in their households, whether for small children or aging and sick relatives. They walk long distances for water and fuel—and then breathe hazardous air from cooking with wood and coal on open fires.

Women often don’t have say over farming decisions, including how to use their farm income. This is true even when they own their land.

There’s more to the story, though. Many of these women are also highly resilient. That’s true for most women farmers I’ve met while visiting agricultural development projects supported by Canadian Foodgrains Bank in Africa and Asia. Given some support, women can be agents of change in their own lives, and in their wider communities.

Take Sukoluhle Moyo in Zimbabwe, for example. She received agricultural training through a Foodgrains Bank-supported project and learned farming techniques to combat low rainfall. She more than doubled her harvest—which allowed her to buy farm animals, build a new house and expand her opportunities.

In southern Bangladesh, I met women who had come together in women’s groups to learn about nutrition, planting vegetables, and to inspire each other with innovative ideas to earn extra income. Padma Rani Das used a small loan from the group to buy bamboo for fish traps, which she and her husband then sold in the local market. Their children went from eating two meals a day to three.

International Women’s Day on March 8 is about celebrating the social, economic, cultural and political achievements of women. It’s also a call to action to accelerate change so that all women can flourish.

For many women in developing countries, change means working with men to overcome social barriers for women’s full participation, and leadership, in farm and community life. It means improving access to productive resources, such as land and seeds. It means lessening the unpaid work load for women. It means supporting collective action, because when women come together in groups, they are far more likely to achieve their hopes and dreams.

Canada has made empowering women and the equality of women and girls the centre point of its aid policy. Canada’s support requires meaningful increases in our aid budget to meet these worthy goals—and enable women to flourish. That’s why the Foodgrains Bank’s I Care campaign is urging the Canadian government to do more to end global hunger and poverty.

On International Women’s Day, let’s work together to remove the barriers women face on the farm, and in the rest of life, so that one day we can all laugh at the ridiculousness of the social media meme.

'When women flourish... We all win,' Carol Thiessen writes. (Photo by Shaylyn McMahon)