Declaring what we have seen and heard 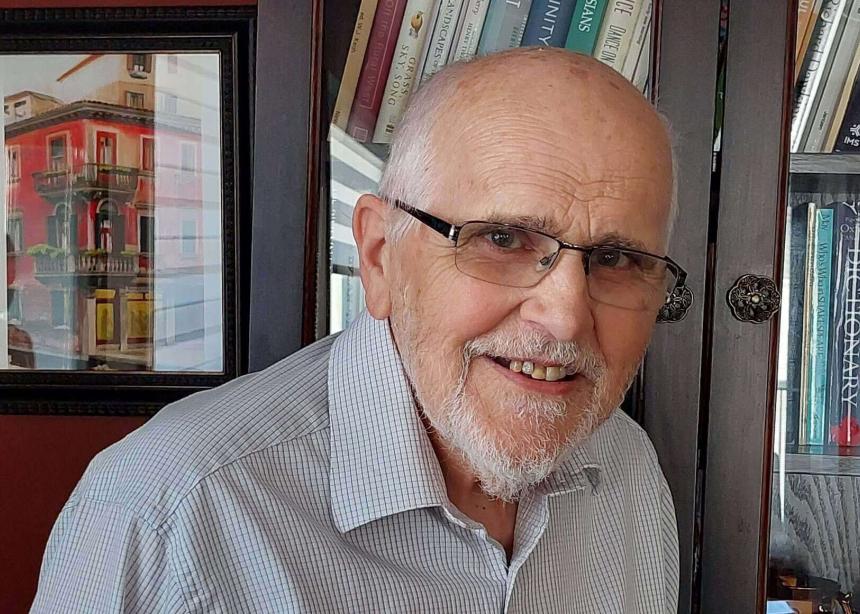 This passage is one of the foundational texts for the upcoming national gathering of Mennonite Church Canada, to be held July 29 to August 1.

The objective of John’s epistle, according to the notes appended to it in the Bible Gateway website, was that “John writes to assure believers of the certainty of their faith and to refute heretical doctrines teaching that Jesus was not fully human and fully divine.”

Letting that stand as a broad, general focus for the quoted passage, it’s not difficult to see that context must play a part in how the passage is interpreted for our age. It was clearly written into the consciousness of a 50- to 60-year-old church in a time of brutal Roman occupation.

Nevertheless, the theme of the 2022 gathering, “We declare what we have seen and heard,” quotes verse 3 of 1 John 1. I understand that the purpose of this theme at this time is to invigorate whatever is missional in our churches, to invite the membership to be bolder in proclaiming their faith in today’s environment, so that the teachings of Jesus and the true meaning of his death and resurrection are made real to many. Not only that, but that the church—in this case the Mennonite church in Canada—will understand itself more as a vital part of a movement focused on the goals we derive from the gospels, accounts and letters gathered into what we know as the New Testament.

A question raised by the study guide published to churches is quite basic: What part do proclaiming, witnessing, evangelizing, etc., play in pursuing New Testament goals, and where do individuals, local and regional church bodies and the national and international communities of Mennonites speak, write, demonstrate the good news to their world of 2022?

Were the good news a cure for cancer, we’d be eager to proclaim it. How is that different from declaring what we have seen and heard?

It’s not completely clear what the heresies are that John’s epistle seeks to combat, but this letter implies that the church’s doctrines are being watered down by some who had not “seen and heard” and that that needs reversing. What a John of 2022 would observe with equal alarm in today’s church might make for some interesting speculation for a thoughtful adult Sunday school discussion.

The upshot is that 1 John 1:1-4 is not about mission or evangelism at all; it’s about staying true to the doctrines on which the church was founded by Paul and the other apostles who had firsthand knowledge.

There was a time when baptism, church membership and the taking of communion were the signposts of being a genuine Mennonite Christian. Where I lived out my youth, that consciousness was gradually being overtaken by the “born again” movement. All those former signposts were being torn down and replaced by one giant billboard that said, “No one can see the kingdom of God unless he is born again.”

My parents were of the generation caught in the gears of a transition and showed all the signs of being unable to decide whether to fish, cut bait—or leave the enterprise altogether. In all honesty, would declaring what I, George G. Epp, “have seen and heard” on the subject of faith, belief and true doctrine be acceptable to my established church?

A part of that push to make a formulaic, “born again” experience all that God wanted from us brought with it what was called, “giving your testimony,” which would supposedly align with “declaring what I have seen and heard.” Normally, a testimony came to be as formulaic as the Sinner’s Prayer: “I wallowed in sin and fear of judgment until I let Jesus into my heart, and now I know my sins are forgiven. I know I’m going to heaven when I die.”

What if one actually stood up under pressure to give one’s testimony and—relating what was seen and heard—would say: “I knew I was a sinner and I was born again at a revival tent meeting and soon realized that nothing had changed, really, except that I was expected to do these testimonies.”?

It strikes me that to “declare what I’ve seen and heard” must begin with honesty. There’s a big difference between telling what I, personally, have seen, heard and felt, and the mandatory repetition of expected memes. An awareness of this dichotomy while sensing a lack of permission to speak absolutely honestly is one sure way to shut people up.

If this year’s emphasis on proclaiming, declaring, and witnessing does anything, I hope it energizes us to be more human, more honest. Less doctrinal. Is more of us declaring more to them a real renewal project? Probably not, but wrestling with the questions might be—if we’re honest.